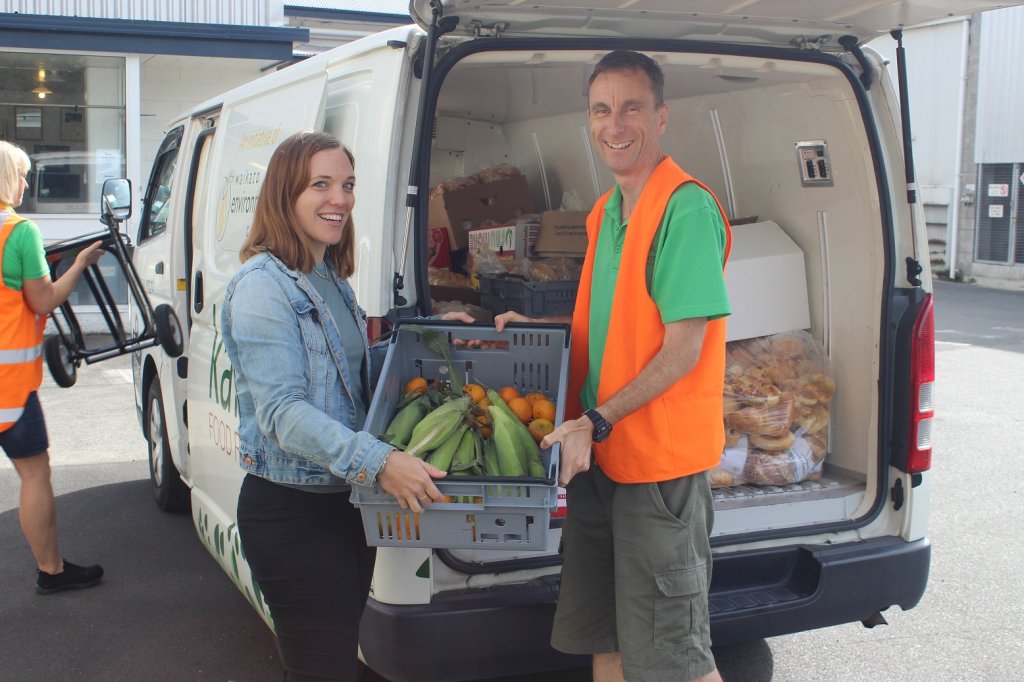 Five days a week, Hamilton food rescue organisation, Kaivolution, comes out to Cambridge to collect food for those in need.  Food that is still good enough to eat, but not good enough to sell, is picked up by the group and taken back to Kaivolution HQ in Frankton.  From there, it is sorted and collected by a number of community groups in the city for distribution.

Kaivolution is going from strength to strength, marking up and impressive 450 tons of food redistributed to the community since it started in almost four years ago, coming out to Cambridge for well over a year now. The “Cambridge round” consists of Countdown, Volare and Emma’s Food Bag – all doing their bit to divert excess food out of landfills and into the bellies of those who need it.

But organisers would like to see the food stay in the Cambridge community, nourishing locals instead of hitting the road to Hamilton.

Starting back in October 2014, with help from Wellington food rescue counterpart, Kaibosh, Kaivolution is keen to “pay it forward” and help a food rescue get off the ground in Cambridge. Food is sorted and redistributed at the Kaivolution headquarters in Frankton.

Cambridge Community House manager, Joanne Turner, said she would love to see the initiative keep the food in Cambridge, but that the community house does not have the resourcing to distribute the food themselves. “It ticks all the boxes of what we’d like to do in the community, but we just don’t have the staff or the facilities to allow us to do it,” she explained.

And it’s the same with the Salvation Army, which is equipped to hand out non-perishable food but not the fresh food that Kaivolution seeks to give to families in need.

Foundation Kaivolution driver and coordinator, Simon Gascoigne, said that, for some families, when the cost of living goes up it can be at the expense of putting food on the table. “As rent and power goes up, it’s the food budget that gets squeezed,” he explained.

Waipa District Council’s waste minimisation officer, Sally Fraser, said council is keen to talk with the community about how to distribute the food in Waipa rather than sending it off to Hamilton.

It’s just a question of logistics, she said, adding that plans are in the pipeline for a community hui in May about the subject – so watch this space.