The CHS 420 team jostling for position on the start line against another team (3 boats per team – CHS is in black tips). Photo – Susana Buckton.

A team of eight young sailors competed for the elusive Burgess Cup trophy at Hamilton’s Lake Rotoroa on Friday March 16, finishing in second place once again. It was still an excellent result, having lost by six points to Hamilton Boy’s High School’s team of thirteen sailors. It was also the first regatta for Year 9 newcomers Mikayla and Heather Anne Knowles. 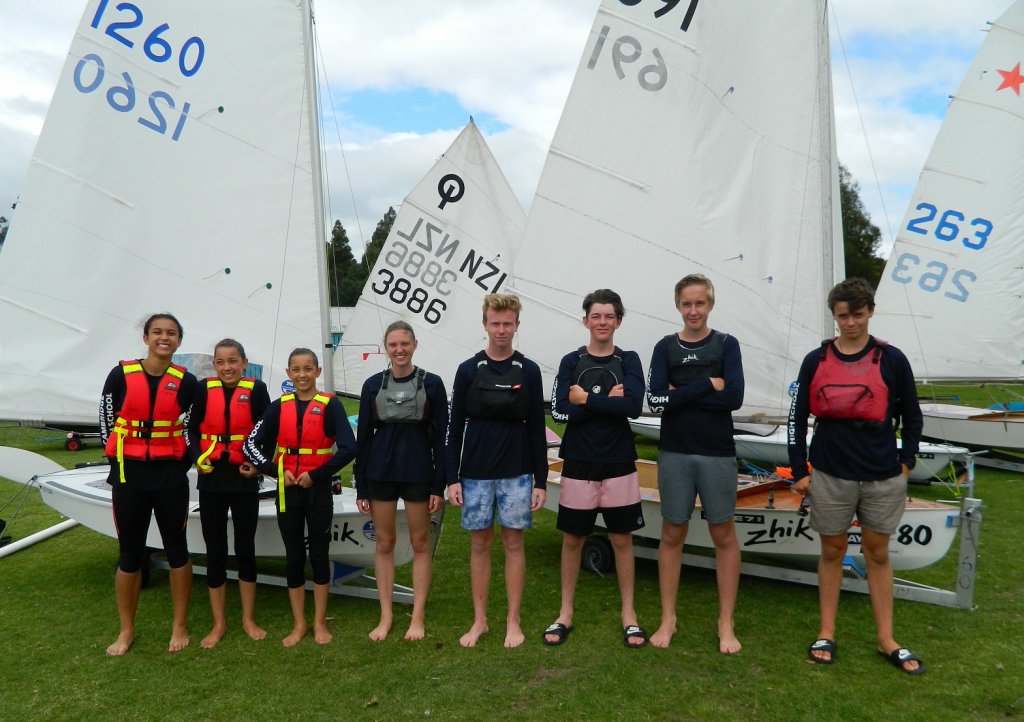 Then the school’s 420 team, which included one member from Hamilton Boys’, travelled to Taupo to compete in the three-day Secondary School Teams Racing regional regatta from March 18 to 20. The Cambridge team won 3/6 on the first day to make the Silver Fleet for the following day’s racing, where they easily beat all opposition to win the Silver Fleet trophy.

Later this month, the 420 team is off to Algies Bay, Warkworth to compete in the 2018 Secondary Schools Team Sailing National Championships over April 21 – 27, where over 300 sailors will take part. 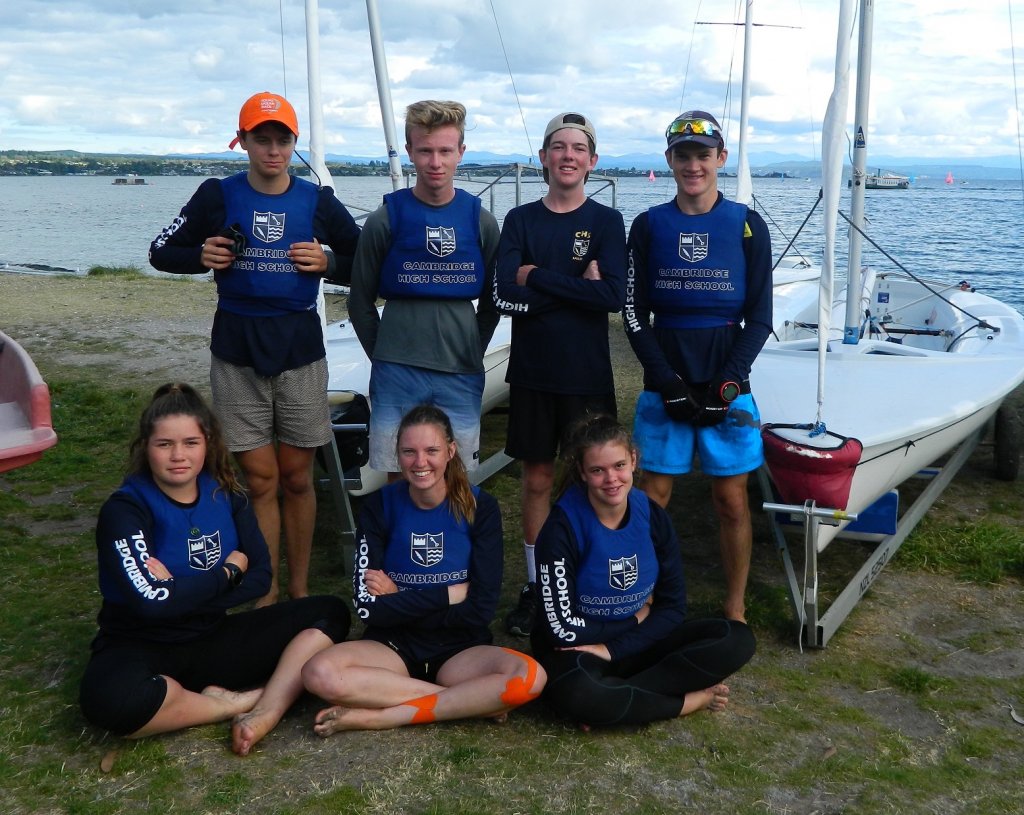