A weekend Taylor-made for football 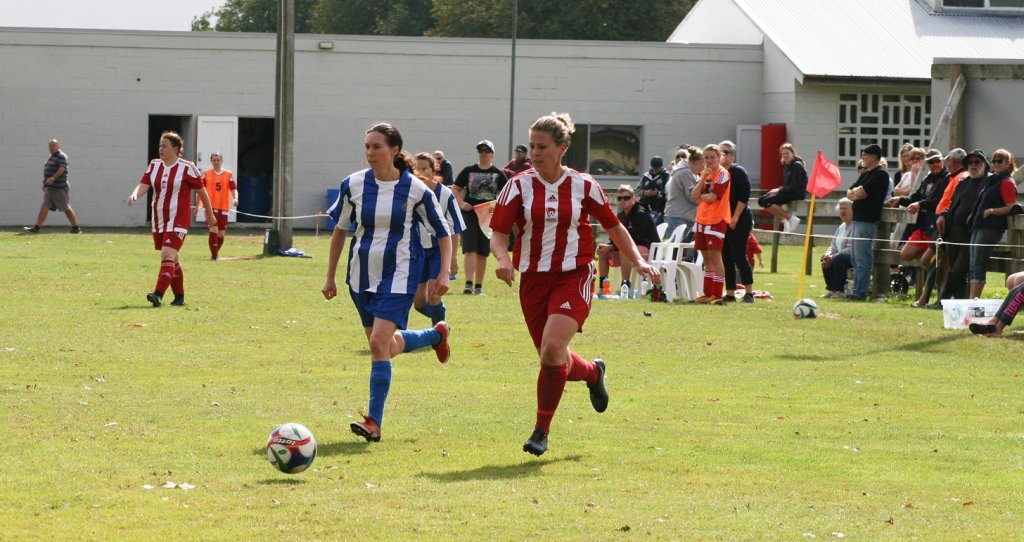 Footballer Andrew Taylor had a weekend to relish as he helped Cambridge’s top men’s and women’s teams to impressive victories.

Last Saturday, Taylor (30) scored three goals for Cambridge in their reserves’ 5-0 win against Onehunga Mangere United, a feat so rare for him he could not recall his previous hat-trick. On Sunday, he coached the club’s women’s team to a 6-1 win against Te Aroha Cobras to maintain the side’s 100% winning start to the Waikato Women’s League season.

“It was certainly a surprise,” Taylor said after his hat-trick. It included two penalties and his record with the spot kicks “wasn’t too flash” until Saturday. Andrew Taylor scored a hat-trick against Onehunga Mangere United at the weekend.

Taylor said winning the match in the Northern League’s reserves division was all the more special because the Cambridge team was now being coached by his father, Mike, who moved to the town from Auckland last year. The other goals in the game were scored by Jack Portegys and Alex Mukaka.

The reserves’ big win prepared the way for Cambridge’s first team to repeat the effort in the main game against Onehunga Mangere United, coached by former All Whites Brian Turner and Dave Taylor. The Reds won 4-2 to move into third place on the Northern League second division ladder.

The Aucklanders took an early lead, but an eight-minute spell before half-time turned the game in favour of the Reds. Defender Daniel Clarkin scrambled home a corner in the 38th minute before brother Josh Clarkin scored Cambridge’s second in the 43rd minute. As the half went into added time, striker Dylan Blair cleverly lost his marker and tapped in a third goal.

In the second half, the two teams parried with neither dominating but Cambridge sealed victory with a penalty in the 86th minute by Jason Walker. Onehunga Mangere picked up a consolation goal in added time when Cambridge’s Mason Woodall deflected a shot into his own net.

Cambridge coach Mike Woodlock said his team had been lucky to go into half-time with a 3-1 lead but had scrapped hard and shown character to leave Auckland with the win. He had special praise for goal scorers Daniel Clarkin and Blair, both of whom had performed well in difficult conditions.

This weekend, Cambridge will aim for their fourth win of the season when they host Auckland’s Metro FC, one of New Zealand’s oldest football clubs, having been formed in 1899.

The reserves will kick off at 12.30pm on Saturday while the main game at John Kerkhof Park will start at 3pm.

Cambridge’s team in the Loaded WaiBOP Championship beat Te Puke United 3-2, thanks to a hat-trick by striker Tom Woutersen. Woutersen, one of the club’s leading goalscorers in recent seasons, is back in town briefly from overseas but was able to make a game-changing appearance with goals in the 25th, 29th and 81st minutes.

Both Cambridge’s teams in the Waikato Division D beat sides from Northern United, and both by 4-2. The only senior team to lose at the weekend was the club’s Waikato A team who lost 2-0 at home to Ngaruawahia United.

Cambridge’s women’s side picked up their second win of the season with their 6-1 success against Te Aroha. Goals were scored by Gemma Martin, Rachel Hill (2), Astrid Howarth (2) and Abby Cook (penalty). The Hill Homes Player of the Day was Paris Le Gros.