The best International Baccalaureate (IB) students in the region, 2017 St Peter’s graduates Luke van Gog, Ciara White and Ed Ding, were recognised for their academic excellence at an award ceremony with John Key earlier this month. Ciara and Ed both scored 40 out of 45 for the IB Diplomas, and Luke, a Cambridge local, scored an incredible 44 out of 45. He also achieved seven NZQA Scholarships.

“Meeting John Key was awesome,” said Luke. “He’s quite easy to talk to. Obviously, he was an investor before he became prime minister, and that’s kind of the path that I want to go into, so it was interesting to talk about that.

“He said, if you’re here, and getting 44 in IB, then you can do what you want, believe in yourself, back yourself, and don’t give up.”

Luke moved into Auckland University’s Halls of Residence on Sunday, undergoing a con-joint degree in commerce and science, with a major in economics, finance, mathematics and statistics, plus a certificate in Spanish. He hopes to eventually join the World Bank, helping governments to achieve better economic policies and trade deals.

After winning the Youth Community Spirit Award last year, he donated $200 of his prize money to the Cambridge Tree Trust, having volunteered there as part of his IB requirements. “It provides more of a holistic education,” said Luke, who described his study success as “just keep going”.

“I set a goal, set a plan and then the hardest thing is to stick to it. Believe in yourself that you can just keep going, and don’t give up. You’ve got to keep up that motivation for it.”

Hamiltonian Ciara White, now a health science student at Otago University, said her study success came from utilizing her brain efficiently and not over-doing it.

“It’s kind of impossible to learn everything in the curriculum so it’s good to figure out what are the important things to know,” she explained. “Instead of studying 24/7, you study a reasonable amount, but also do other things as well. If you study all the time you’ll just burn out.” 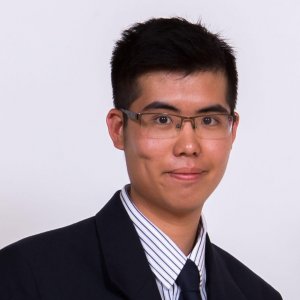 Ed Ding was already back home in Hong Kong and couldn’t make the awards ceremony.

Ed Ding, an international student at St Peter’s, is now back home in Hong Kong, volunteering at the SPCA before resuming studies in September, with hopes to pursue a career at the United Nations. He wasn’t able to attend the ceremony with John Key.

“It took a lot of time management and self-discipline,” Ed said of the IB experience. “I think one of the reasons why I was able to get 40 was that I genuinely liked doing most of my subjects. If I didn’t like them at first, I pushed myself to see the good side of them. Most importantly, though, I didn’t let my failures demotivate me. I remember getting an appalling mark for my chemistry internal assessment, but that only made me work harder to make up for it in the final exams.”