St Peter’s School’s senior girls’ 8 rowers topped the tables at the 2018 Maadi Cup event in Twizel with the best-possible result – the Levin Jubilee Cup. It’s the female-equivalent to the Maadi Cup, both regarded as the top two trophies at the National Schools Rowing Champs. Though the Maadi Cup was first won during World War II by Kiwi troops rowing on the Nile, the Levin Jubilee Cup, originally bestowed in 1981 during the town’s 75th jubilee, holds equal prestige as a top title to contend for at the annual event, hosted alternatively between Lake Karapiro and Lake Ruataniwha each year.

It’s fair to say St Peter’s was the best-performing school overall at the event, racking up 52 points to claim the Star Trophy, which marks the overall champion school. Hamilton Boys finished second with 39 points, followed by Christchurch Boys on 31 points. Meanwhile Cambridge High School’s 32 athletes competing at the event made placings in twelve A finals, nine B finals and two C finals, with boys’ under 17 single sculler Seth Hope rowing through to a bronze position in his final, and Sean Hale and Matt McHugh, rowing in the under 17 double, finishing with a silver medal having missed gold just before the finish line. 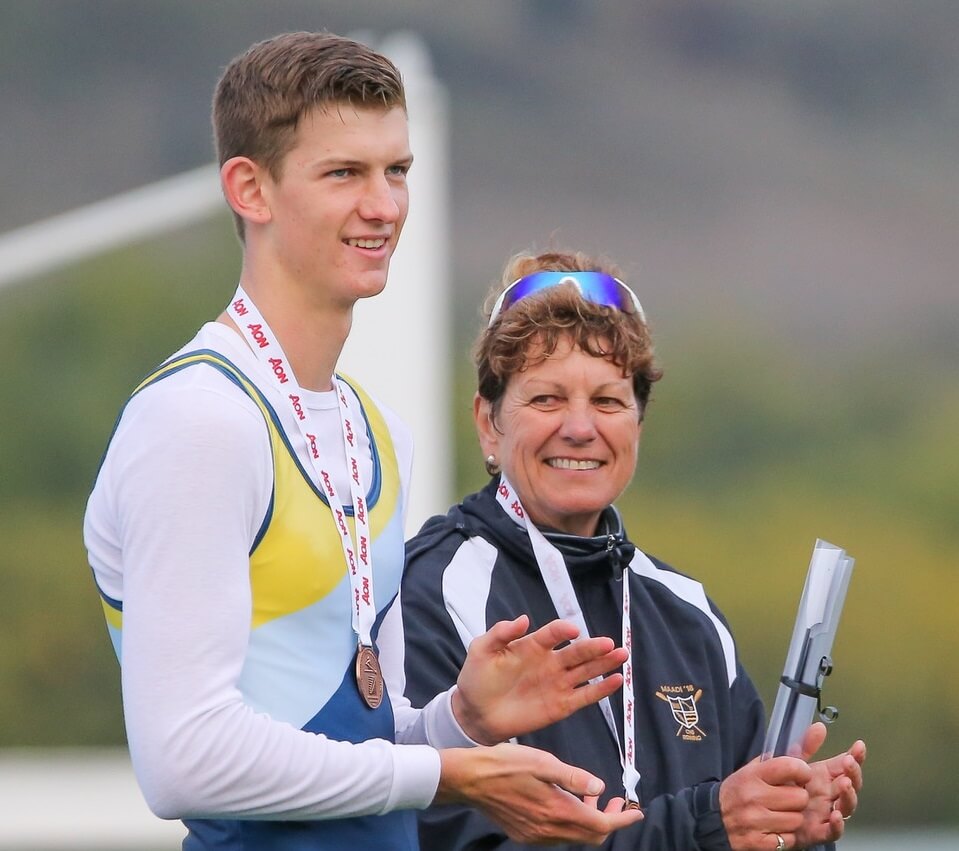 Full results from the 2018 Maadi Cup are available here.