Slow down on rural roads 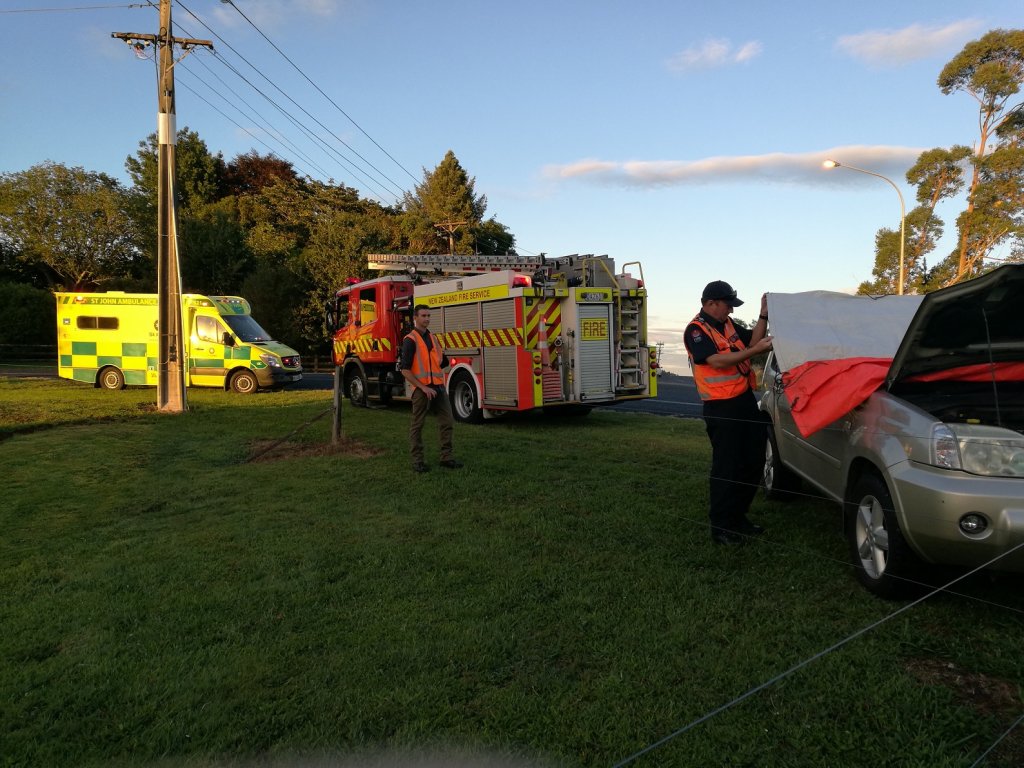 It is hoped that a mock crash earlier this month will to encourage Waipa drivers to slow down on rural roads. Emergency services attended the scene at the high-risk intersection of Pokuru and Te Mawhai Rds near Te Awamutu, around 7am on February 8.

The joint initiative between New Zealand Police, Te Awamutu Fire Brigade, St John and Waipa District Council aimed to highlight to motorists what can happen when driving too fast for the conditions. Each motorist driving past the crash scene was stopped and received information about the risks of driving too fast on rural roads.

“Besides the layout of the road, roadside hazards such as drains, power poles and banks make these roads very unforgiving if you make a mistake. We all need to adjust our speed to suit the conditions of rural roads,” she said.

In the past six years driving ‘too fast’ has contributed to 32 serious injury and 7 fatal crashes within the Waipa district. Incidents where the driver has lost control account for 70 per cent of local rural road crashes.