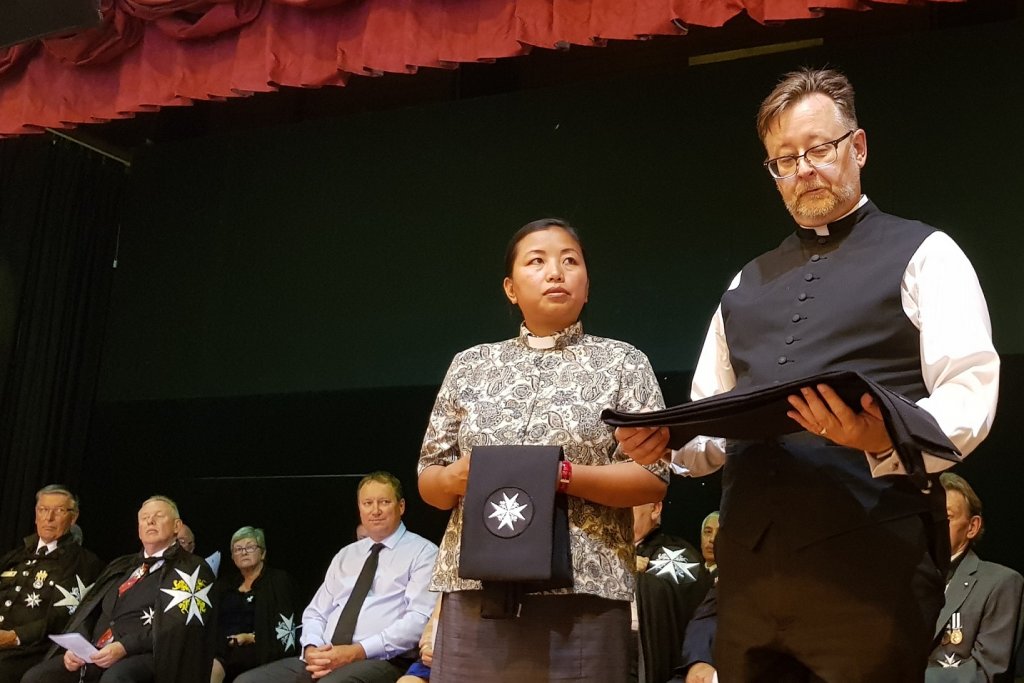 The February 18 celebration of service was held at the Cambridge Town Hall before an audience of about 200. The awards were presented by members of an official party that included several politicians and regional MPs, council representatives and senior members of St John. 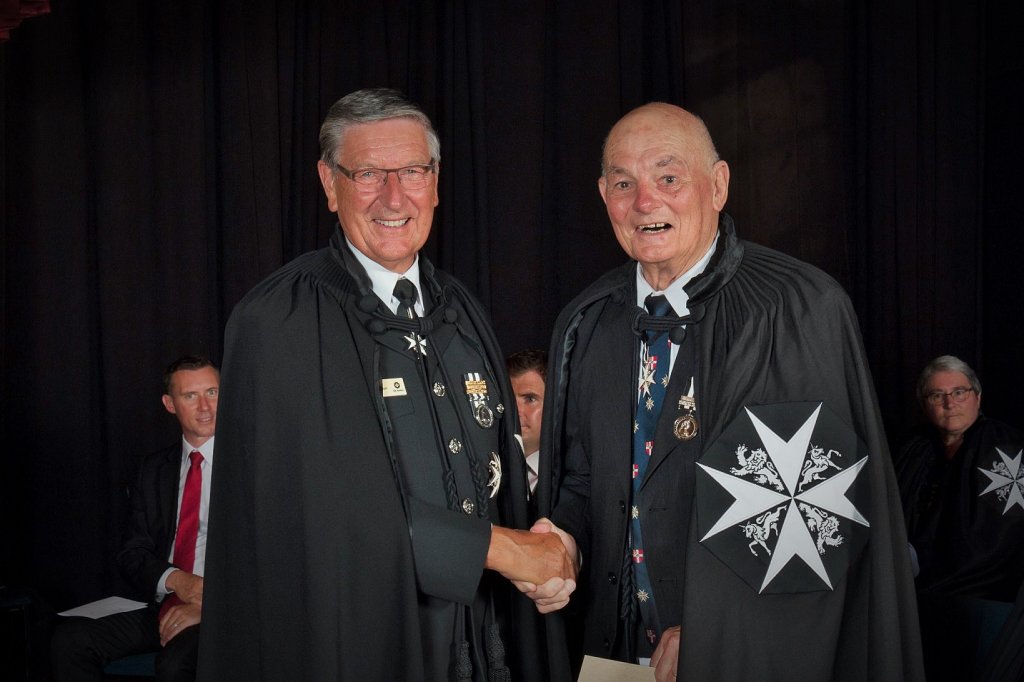 Jeremy Stubbs, (right) is chairperson of the Cambridge Area Committee for St John, a member of the Priory Chapter and a Knight of the Order. He was presented with a bar for 27 years’ service by St John Head of Order Matters, Gary Salmon.

Among the locals recognised for their service to St John were Cambridge Area Committee chairperson Jeremy Stubbs, and Simon Barton, who is the Cambridge-based St John Air Ambulance Advisor at national headquarters.

Max Highnam was noted for having attained 50 years’ service with the organisation in November last year, all of it in Cambridge.

Huntly man, Graeme Tait QSM, was given a standing ovation after being awarded a certificate marking 62 years’ service with St John.

Jeremy Stubbs, a chartered accountant who spent 50 years in Taumarunui before retiring to Cambridge over three years ago, was made a Knight of Grace with the Order in 2017. He said St John was in good heart in the Waikato.

In his opening address, Cambridge Area Committee member Brent Nielsen said the event celebrated the achievements of those involved with St John – and their families – and recognised their contributions to the Order and to the communities they serve.

Ken Williamson, chairperson of the Regional Trust Board, said those receiving awards were being recognised for their commitment, dedication and service.

“St John is embedded in every community in New Zealand in a variety of ways,” he said. “Service is the ethos central to our Order.”