Fortunately, the wind and cloud were replaced by sunnier skies for finals racing on Saturday and Sunday.

Hamilton Boys’ High School was named as the overall champion school on Sunday afternoon, securing the Derbyshire Shield with a total of 81 points. St Peter’s followed in a close second with 76 points, followed by Waikato Dio in third with 27 points, Cambridge High School fourth with 20 points, and St Paul’s fifth with 18. 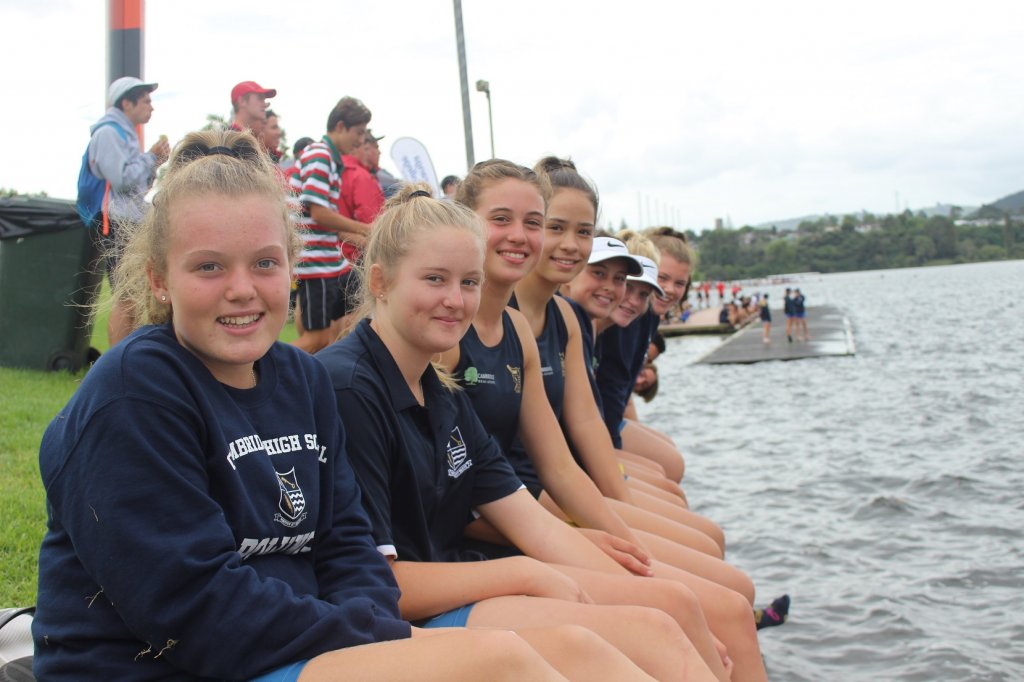 The St Peter’s team of 86 athletes were celebrating the school’s first ever win in the girls’ under 18 coxed eight final, leading from start to finish to add to ten other gold medals, as well as six silver and three bronze. Cambridge High School came away with six medals at the weekend’s competition, missing out on a seventh medal by twenty milliseconds. The senior boys squad in particular had a highly successful day on Sunday, winning two golds, two silver and one bronze, along with boating the first eight in decades into the A final. The under 15 girls double of Ellie-Mai Wright and Macy Smith earned a silver medal in an exciting finish, Seth Hope secured gold in the under 17 boys’ single sculls final, and deputy head boy Sam Hogan secured gold his under 18 single sculls final by just over two seconds. The latter pair also secured bronze in the under 18 double sculls.