Pregnant mums pass on their periods 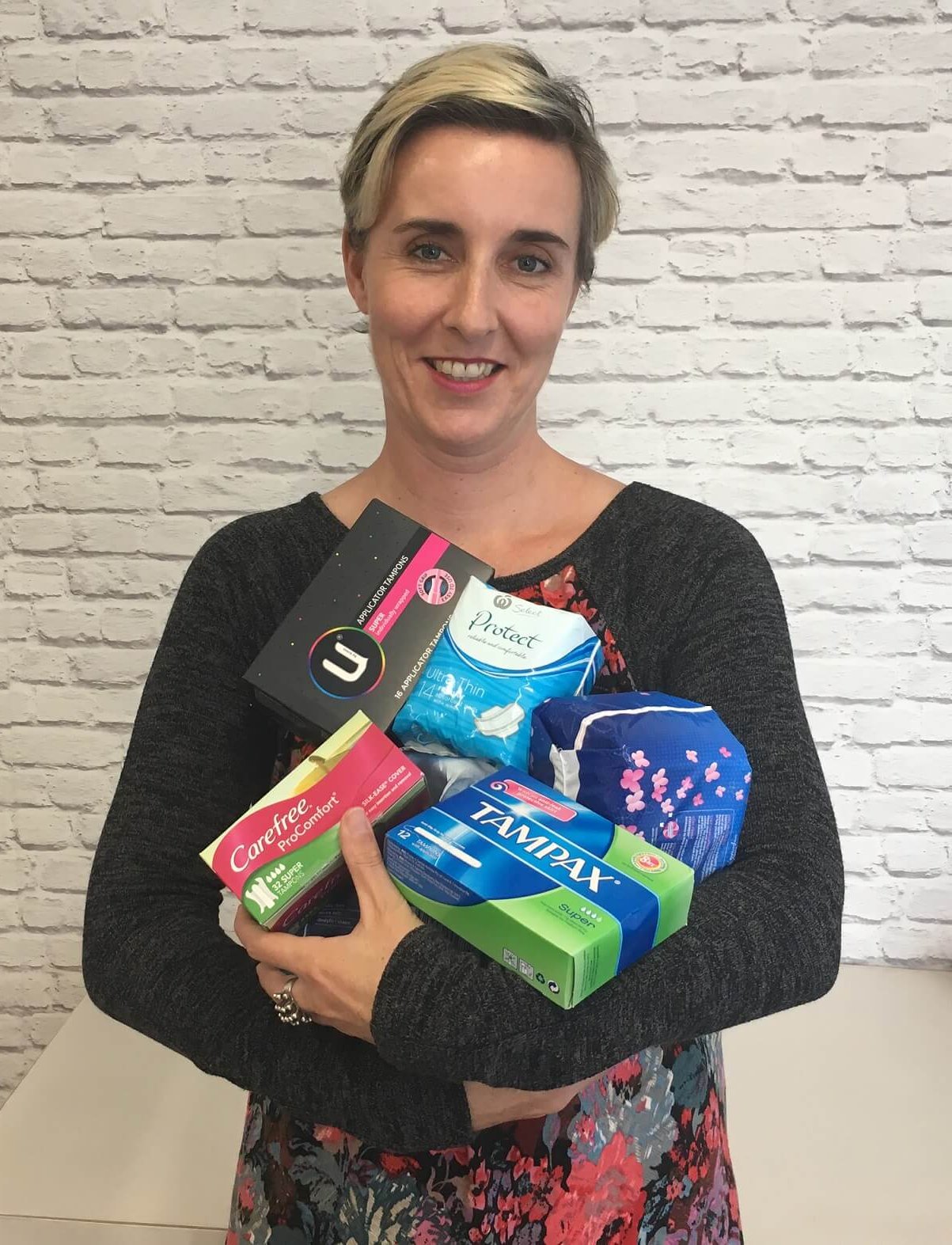 On International Women’s Day (8 March), pregnant women were encouraged to donate their new, unopened packs of sanitary pads and tampons to help Kiwi schoolgirls who are missing out on their education because of “period poverty”. But don’t worry if you missed out, a local entrepreneur will be collecting the supplies to pass on for the whole month of March.

Franny McInnes, the director of Cambridge-based online maternity store Breastmates, said that if every pregnant mum in New Zealand passes on the menstruation supplies she won’t be using during pregnancy, it would make a significant difference to the lives of Kiwi students who can’t afford to purchase them.

“I was speaking to a friend who is a teacher, and I was shocked to learn that a huge number of Kiwi girls miss school on days when they have their period, simply because they don’t have sanitary supplies,” Franny said. “I hadn’t realised this was an issue in New Zealand, and I never thought of sanitary products as a luxury item.

“Many young women’s educational opportunities are being limited because they can’t afford sanitary products,” Franny added.

“I’ve built a great local community of women through Breastmates…and since many of them are pregnant or breastfeeding new babies and aren’t having their periods during this time, I’m asking them to donate their unused packs of sanitary napkins and tampons, which I’ll then pass along to charities who can distribute them to Kiwi girls in need.

“There were 59,610 births in New Zealand in 2017,” she continued. “If we have a similar number of births in 2018, that works out to over half a million packs of sanitary products women aren’t using during the nine months of pregnancy. Donating them to Kiwi girls in need is a small gesture that will have a big impact – not only will our girls have access to the supplies they need, it will also enable them to attend school during their periods with dignity and confidence.

“Apart from designing maternity clothing and running my ecommerce site, I’m very happy to put my time and my staff into this campaign. And it helps that I’ve got my warehouse and distribution channels, which will make it easier than if I was trying to do this on my own.

“I also encourage people to donate money to charities that distribute sanitary products to schoolgirls, such as The Foodbank Project through The Salvation Army, and SPINZs (Sanitary Products in New Zealand Schools).”

Franny is also hopeful that our Prime Minister, Jacinda Ardern, will donate the sanitary products she hasn’t used during her own pregnancy to the project.

Franny will collect new, unused, unopened packs of disposable sanitary napkins and tampons from 8 to 31 March. The products can be posted to Pass On Your Period, c/- Breastmates, PO Box 830, Cambridge 3450.  Donations are welcome, even if you are not pregnant.

·         “Period poverty” is when women are unfairly disadvantaged because they cannot afford sanitary items.

·         Many young women who can’t afford sanitary pads and tampons will either miss school altogether during their period or will use unhygienic and dangerous substitute items such as rags, pages from telephone books, and newspapers instead.