Over 600 compete in fun run All ages competed in the 10km race, which is now in its seventh year. Photo – Michael Jeans.

The REMAX Waipa Fun Run returned for 2018 on Sunday with 638 competitors gathering at Victoria Square to take part. The event, now in its seventh year, is organised by St Peter’s Catholic School as an annual fundraiser, where children and adults run or walk in 2km, 5km or 10km team or individual events.

Organisers Donna Warwick and Lisa Hodgson were thrilled with the turn out. “Seeing the happy faces of both the young, and not so young, finishing their event, and all the parents supporting their children gives us immense satisfaction,” they said. “It is so pleasing to see our community come together along with people from further afield.” This year the event had school teams competing for the first time, as well as competitors from Auckland, Te Aroha, Otorohanga, and even Spain. The organisers wished to thank their sponsors for generously supporting the event.

As well as supporting the school, $1 from every entry went towards Cambridge Lifeskills. 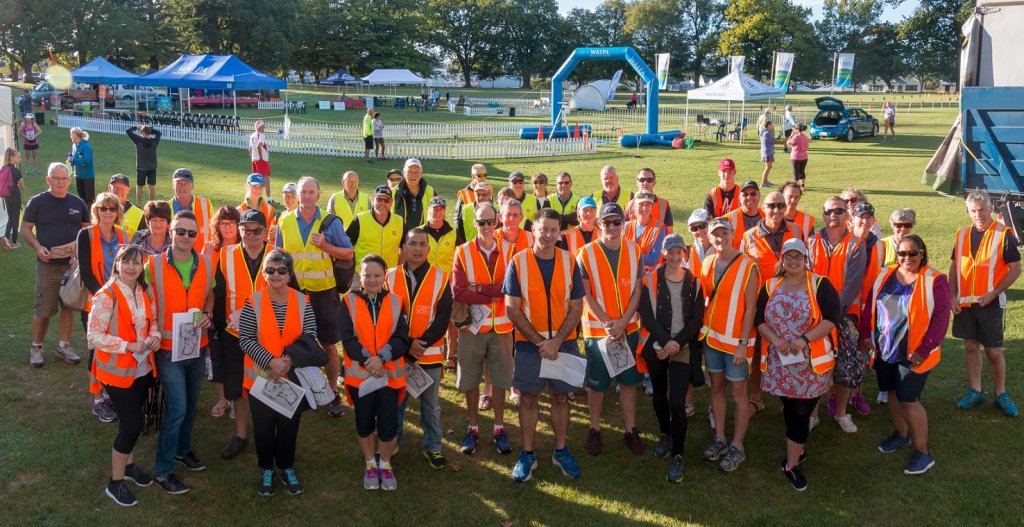 A team of volunteers turned out for the event. Photo – Michael Jeans.