Waipa District Council’s decision to back out of forming a shared water company with the Hamilton City Council could cost ratepayers dearly if a judicial review into the decision goes ahead.

In a council meeting on December 19 last year, councillors voted 7-6 against forming a shared water management company with Hamilton, despite the fact it was Waipa District Council’s suggestion to form the non-asset owning company in the first place.  Already an expensive exercise, with costs associated to the proposal reaching almost $730,000, should the judicial review go ahead the council will be liable for an estimated $200,000 in additional costs on top of that.  There is no insurance covering court costs for a judicial review, so this $200,000, along with the $728,000 will fall directly on ratepayers.

Peter Findlay, the man behind the proposed judicial review, said he has given the council another chance to reconsider their position at their March meeting and will hold off on the judicial review proceedings until then.  Mr Findlay, a ratepayer in both Hamilton and Waipa, was also a written and oral submitter in favour of the shared water company proposal.  He said that failing to make this decision now would cost future generations dearly, which is why he felt a responsibility to act.

The council had, he felt, gone against a barrage of expert advice and those who voted against the proposal had done so without a valid reason.

Reports commissioned by the Waipa District Council into the shared water company were unanimous in their recommendation to go forward. For their part, the Hamilton City Council’s executive director of special projects, Blair Bowcott, said that the cost to Hamilton ratepayers of investigations into this proposal was approximately $550,000.  Hamilton City Council would still be interested in forming a shared waters management company, but only if Waipa Council could demonstrate strong commitment to the project, he said.  “We would need to see a clear commitment from Waipa to proceed to the next stage of establishing the company, and a vote with a clear majority would show this level of commitment. To move to this next stage would incur significant additional cost and Hamilton City Council would require certainty a shared water management company would be established.”

Waipa District Council held a closed meeting on February 20, engaging an external provider to present them with legal advice into this situation.  Details of the advice they were given are not available to the public.

Mr Findlay said that in the event of a judicial review, he would be seeking support from other concerned parties to fund the action, which he expected to cost in the tens of thousands to lodge. 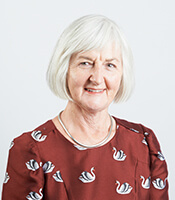 Cr Sue Milner said the decision to vote against forming the company was not taken lightly.  “We (the seven ‘no’ voters) had a number of very good reasons for the vote, and we thought long and hard about it, but I am unable to comment further at this time.”