Croquet: Give it a go Members of the Leamington Croquet Club are welcoming locals of all ages to try out the game for themselves. They meet regularly three times a week and would love to see more young people get involved.

“More young people would be great,” said the club’s secretary, Pam Fisher. “Most of the players here are social players, people can compete in tournaments if they want to, or just play social games.”

Pam is also the president of Waikato King Country Association Croquet and will be part of the New Zealand team contesting the Aussies at the Trans-Tasman test series in April. “They’ve got a very strong team, but we’ll do our best!” said Pam, who describes association croquet as “a bit like chess”. “It’s just a bit more of a more strategic game,” she said. “I like the challenge of it. Golf croquet is fun to play too, every shot counts. Generally, here at the club its only golf croquet that’s played, it’s quick to learn.”

Golf croquet is a simpler form of croquet, where each player attempts to get their ball through the hoop before another player pushes it out of the way. “It can be a bit of friendly rivalry,” said Pam. 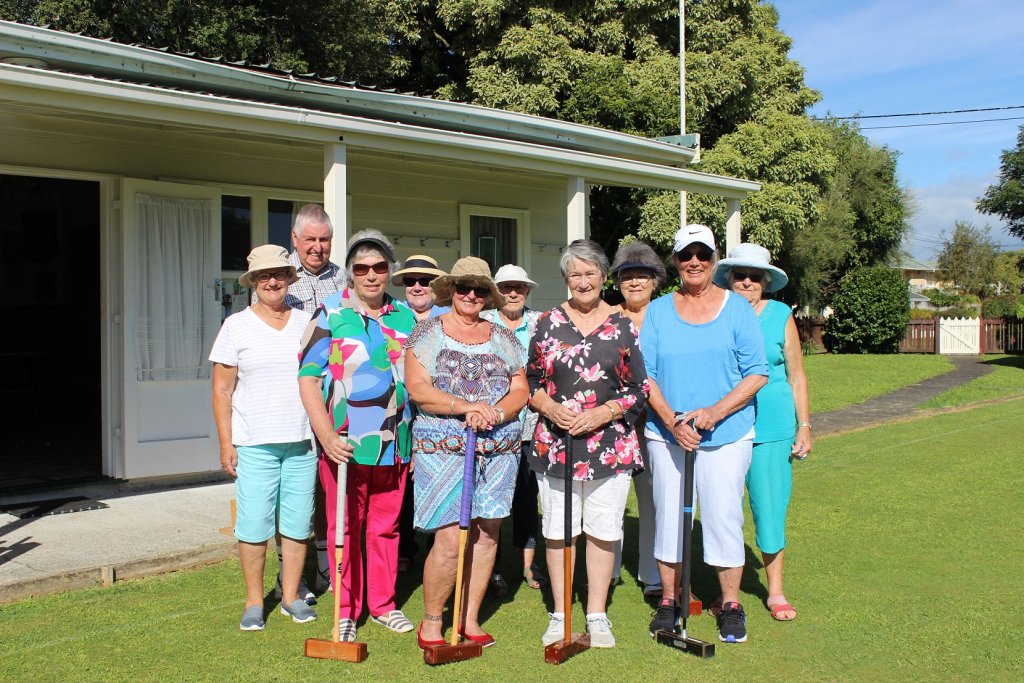 “It’s not just hitting it up to the hoop and hitting it through, because somebody’s going to come along and hit you away, that’s what I like about it,” added the club’s captain, Rosemary Bublitz. “It’s for anybody of any age, and it’s really strategic once you get playing. Your mind’s got to be thinking about three moves ahead.

“It’s a great sport for people who are a bit arthritic, if gets you out walking in the fresh air, it’s not an overly strenuous.”

“More young people would be great,” said Pam. “It’s a sport that people can take up and improve at as they get older.

“Beginners are most welcome, often it’s coaching as you go, we’ll take you around and show you how to hold the mallet and hit the ball and see if you like it.” 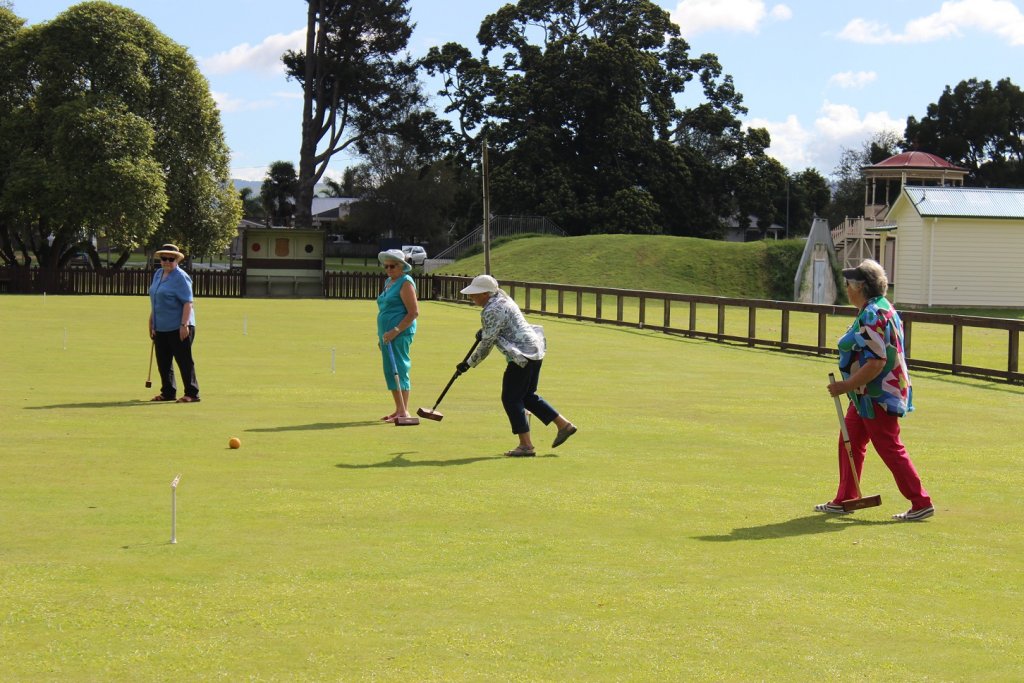 Rosemary Bublitz whacks another player’s ball out of the way.