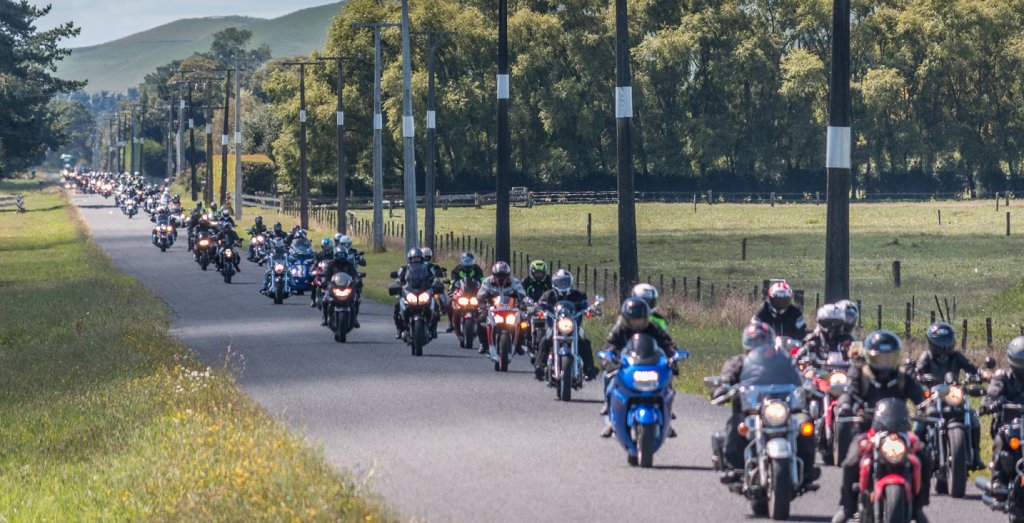 More than 200 bikes turned out for the Waikato Ulysses charity ride for the Child Cancer Foundation. Photo – Michael Jeans.

The Waikato Ulysses charity ride for the Child Cancer Foundation was held last Sunday, with 220 bikes taking part in the annual event.  This year, it started and finished in Te Awamutu, looping through Roto-o-Rangi, with organiser Graham Smith saying safety concerns around the Expressway had caused the event to move from Cambridge – the first time in more than 30 years.  Even though the bike turnout was lower than previous years when more than 600 bikes would normally take part, Graham said feedback from the Child Cancer Society parents and children on the day was that this year’s ride was “the best ever.”

He thought perhaps the reduced turnout was due to the ride’s proximity to the Thunder Cruize, a charity ride from Cambridge to Frankton in Hamilton this Sunday.  “I don’t know how many riders got confused,” Graham said.

Fundraising in Te Awamutu on Friday raised $1400 for the Child Cancer Foundation, which Graham said was a bit less than organisers had hoped for.