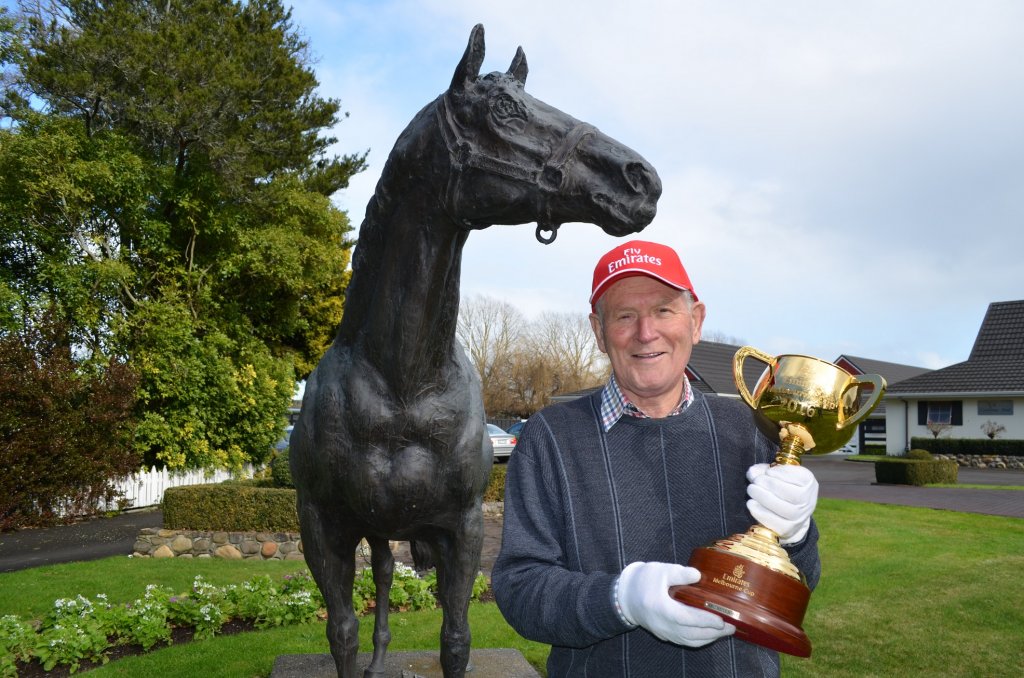 Sir Patrick Hogan, pictured with the Melbourne Cup when it visited Cambridge in 2016.

Cambridge businesses and organisations will have the chance to host the Melbourne Cup at their premises when it comes to town later this year.

The iconic horseracing trophy will embark on its sixteenth annual tour in July, visiting towns and cities across Australia, Hong Kong, Japan, Singapore, and New Zealand, including Cambridge.

For the first time ever, organisers of the tour are inviting community groups and organisations to make a bold, unique, and imaginative submission on how and why they would like to have the Melbourne Cup at their premises or event, by including a creative video as part of their application.

In 2017, the NZ$216,000 18 carat gold trophy visited the Hobbiton movie set and other sites around Matamata, and in 2016 it visited Cambridge Stud, where Sir Patrick Hogan was photographed with the iconic trophy.

Applications close on Monday, April 9 and can be made online at MelbourneCupTour.com.au. The 2018 Melbourne Cup Day takes place on Tuesday 6 November.