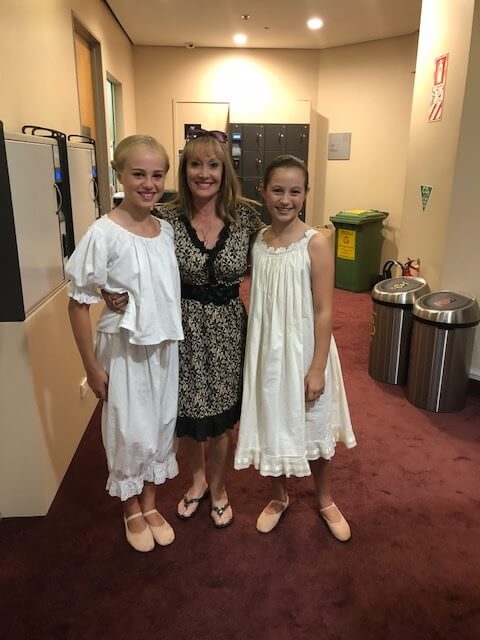 Isla Newlands and Gabi Hill back stage in Auckland, with their dance teacher Kellie Schroer

Cambridge’s Isla Newlands and Gabi Hill joined the Royal NZ Ballet on stage in Auckland last weekend, performing in their production of The Piano: The Ballet.

The pair, both friends who attend K.S. School of Dance in Cambridge, auditioned for the show in Wellington in January, just two of over 135 girls from all over New Zealand who auditioned for the role of Flora. Though they didn’t get the main part, they were cast as child extras to appear in the show alongside the Royal NZ Ballet.

“It was the best weekend ever,” said Newlands. “Pretty hard going back to school on Monday, but this taste into the professional world of ballet has ignited more passion for dance. They will be buzzing for a long time yet!”

The girls, both 11 years old, have been dancing at Kellie Schroer’s K.S. School of Dance since they were around 5 or 6 years old. In recent months they also completed their ballet exams with distinction – the highest mark they could achieve. 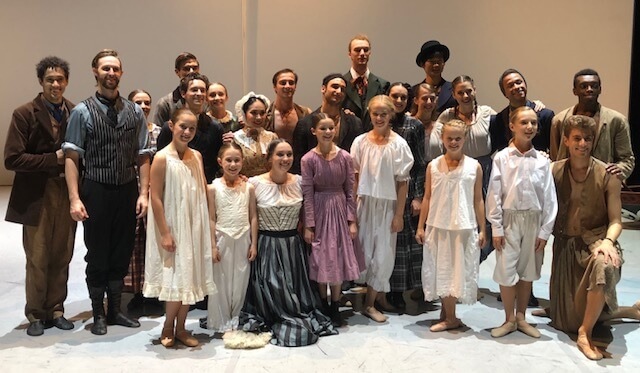