Triumph for Nick Ross at Manfeild 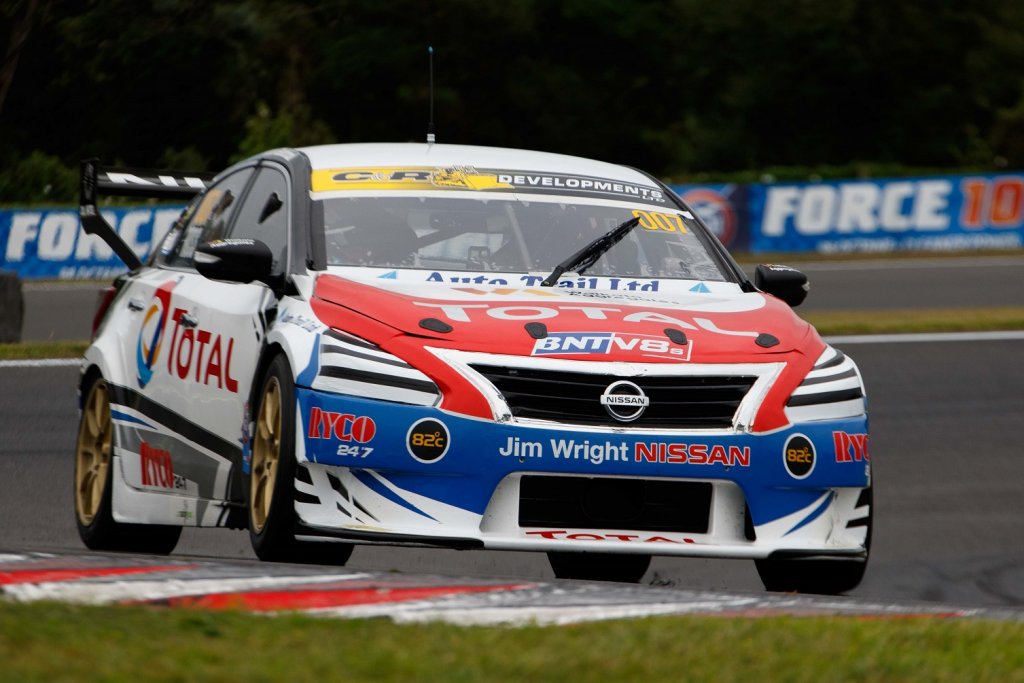 Nick Ross has taken overall victory at round five of the BNT V8s Championship at Manfeild.

Cambridge V8 driver Nick Ross took the overall victory at round five of the BNT V8s Championship at Manfeild Circuit in Feilding over the weekend.

Driving his Total Lubricants Nissan Altima, Ross claimed two pole positions before going on to take a race win, a second place and third placing in the final encounter of the round.

“Really great weekend, two poles, a win, a second and a third, you can’t complain about that!” said an ecstatic Ross.

The weather conditions at the Manfeild circuit were challenging for competitors throughout the weekend with long hot spells followed by scattered showers making the track surface greasy and slippery.

“The conditions this weekend were really tricky. Hot conditions, wet conditions, it made it really challenging trying to pick the right set-up for the car. The team has put in a really great effort, I’m pleased how it all panned out.”

Ross won Sunday’s first race of the day, backing up second place on Saturday afternoon. The race on Sunday morning finished under safety car after heavy rain lashed the circuit with a handful of laps remaning. Ross holding onto victory from Australian Jack Smith in a Holden Commodore and series leader Andre Heimgartner in his Toyota Camry.

The last race of the weekend was raced on a ‘damp’ track, with all competitors racing on their dry weather ‘slick’ tyres, in the hope the track conditions would improve throughout the race. Ross held on for third place, despite sliding off the circuit early on, and managing to rejoin.

“That last race was pretty hectic, the conditions were very slippery, and I was lucky to be able to rejoin after going off.”

Ross sits in third place in the championship, 114 points behind leader Andre Heimgartner, and 45 points behind Australian Jason Bargwanna who is in second.

With three races still to run, and 75 points for a win, Ross is still a mathematical chance in claiming the championship title.