Seventy individuals, teams, clubs and events from around the region were selected as finalists from more than 600 nominations, though it was just a handful that walked away with the prestigious awards.

Former Cambridge High School student and Hautapu rugby player Luke Jacobson was presented with the Emerging Talent award, following a successful campaign as captain of the 2017 New Zealand U20 world-champion rugby team. Luke was also a member of the winning Chiefs team competing at the inaugural 10’s tournament in Brisbane, Australia, and in 2017 he signed a two-year contract with the Chiefs Rugby Club. 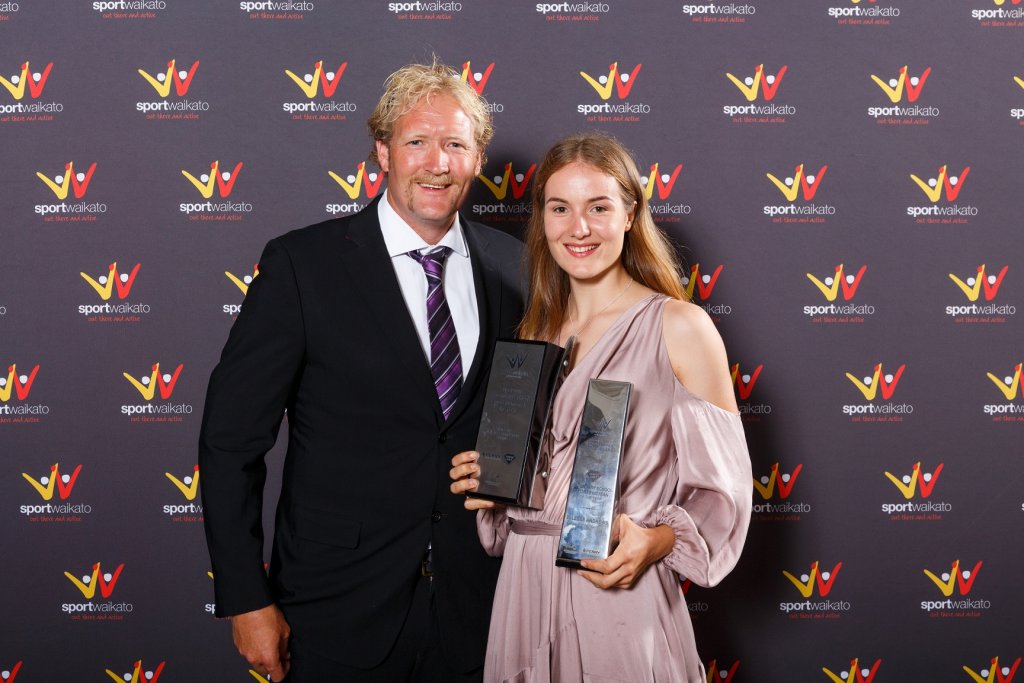 Track cyclist Ellesse Andrews, a 2017 St Peter’s graduate, won the Secondary School Sportswoman of the Year award following a year of success in 2017. Ellesse won gold at the Junior World Track Championships with a world-record time in the women’s individual pursuit. She was also part of the team pursuit that won silver at the same event, and is now a member of the Pathway to Podium programme. The Cambridge Twilight Cycling Festival picked up the Innovation in Sport & Recreation award. The community-run event was the brainchild of local former Olympian Sarah Ulmer, kicked off in 2015 in conjunction with the UCI Track Cycling World Cup, with support from a number of local organisations. It has since become an annual event which sees children and adults of all ages race against each other in their respective age and ability groups on the main street of Cambridge, leading up to a final “elites race” of local sportspeople. It aims to link the community with world-class cyclists, celebrate cycling and inspiring the community, especially children, to get on bikes.

Hamilton All Black Damian McKenzie and South Waikato Black Fern Toka Natua took out the Sportsman and Sportswoman of the Year titles respectively, with Team of the Year going to the Bayleys Midlands NHL Women’s Hockey team.