Many families around Cambridge adjusted back to school life over the last fortnight as students returned to the classroom for 2018. The two local high schools have reported the highest ever number of students on their rolls, with Cambridge High School at 1571 and St Peter’s at 1143.

It means a large number of students for the schools’ head boys, girls and their deputies to inspire and lead, or as St Peter’s deputy head girl Keruma Gibson puts it, “make sure that every single student feels important and that they have a place here.”

We caught up with the new heads of school last week and found that they’re rather excited to get started in their roles. “Coming into school in Year 9, seeing the big kids up there, I thought that would be an awesome thing to do,” said Sam Scott, Cambridge High School’s new head boy. “It’s a nice way to give back to a school that’s done quite a lot for me.”

Sam has followed in the footsteps of his older brother Lachie, who was the school’s head boy last year. “It’s a bit of a hard case, I think Mum’s quite proud,” he laughed.

Sam is joined by his counterpart, head girl Nu’umoe Duffy, and their deputies, Amber Hope and Sam Hogan. “I think we’re going to have to come up with a nick name system for the two Sams but we haven’t quite figured that one out yet,” joked Scott. 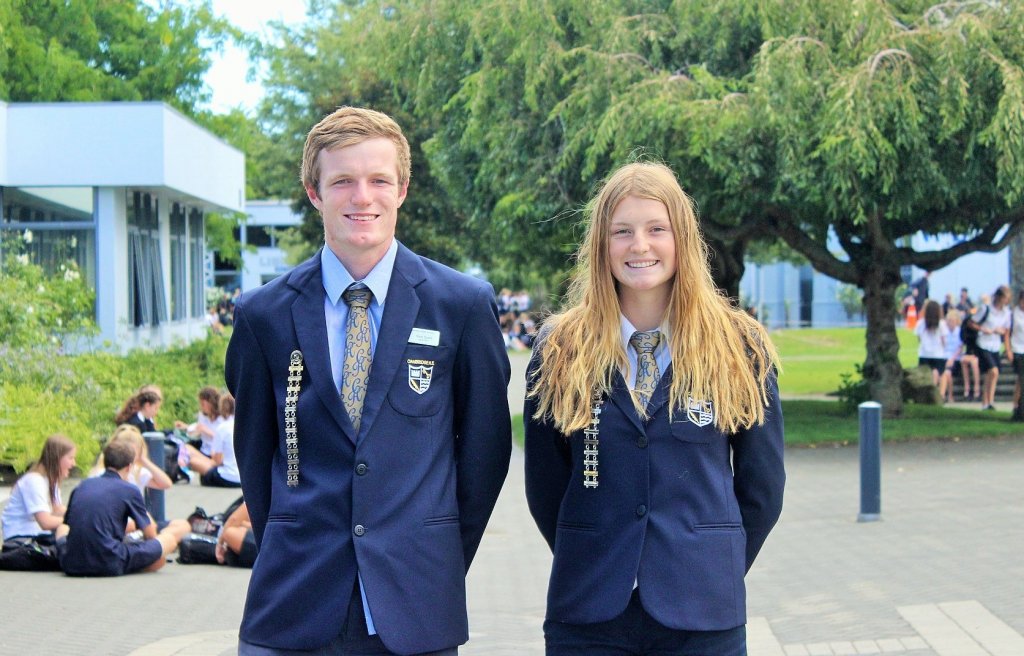 “It’s a really big honour, especially with all the other kids that you see in the school, so many people could have been up here,” said Jack, who has been at the school since the age of 7 with his dad as director of Morris boarding house. “I’ve seen tons of head boys come and go so it’s nice to be up there as well.

“I think more than anything, everyone’s really looking forward to getting into the year.”

The students boast a broad range of interests in both academic and extracurricular subjects, from rugby, netball and rowing through to water polo, classical guitar and even adventure racing. In fact, St Peter’s head girl Georgie Edgecombe has just made it onto the New Zealand Secondary Schools netball squad for 2018, and hopes to go professional after finishing school.

In the meantime, her main goal is to influence all of her fellow students positively. “Especially the younger students, making sure they’re all comfortable and enjoying their time at St Peter’s as much as we have,” she said.

CHS deputy head boy Sam Hogan sums up their roles quite well. “Helping people to achieve their fullest potential, and just enjoying the last year of school, trying to leave a little bit of legacy, as head students all of us want to leave our legacy.”