Busking their way to Uni 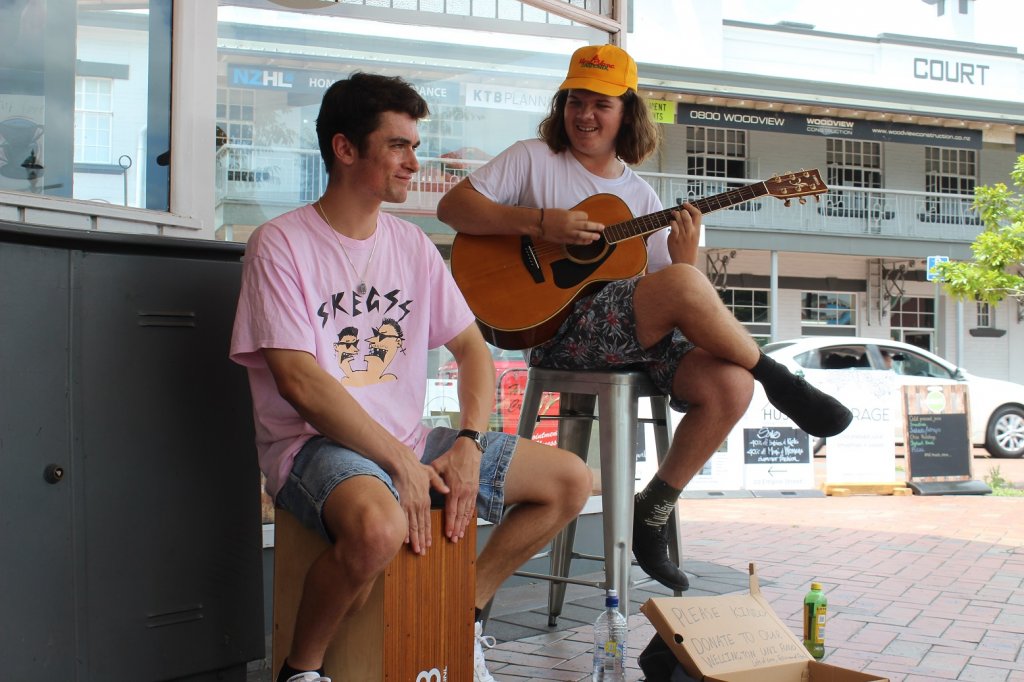 Felix Holton and Dylan Clark play their original song, I Told You So, to the public

Heard the sound of drums in town recently? They may have sounded like bongos, but in fact it was a Cajón that could be heard throughout the CBD – a box-shaped percussion instrument originally from Peru, played by Felix Holton alongside bandmate Dylan Clark on the guitar.

The pair were busking to raise funds for their move to Wellington this month, where they’ll study a Bachelor of Commercial Music at Massey University from mid-February.

“We’re about to be poor students so we’re just trying to get some cash,” said Felix, who added that they were “so very excited” to be beginning tertiary study. “We’re ready to move onto bigger things in terms of music.”

The pair, who have appeared in the last few Rockquest regional finals and even gained a song writing award, said they were still available to perform before they leave on February 17 – as a two-piece acoustic band, plugged-in or as a larger band. They’ll also be back in town during the holidays.

To hire the musicians or donate towards their uni fund, email [email protected]