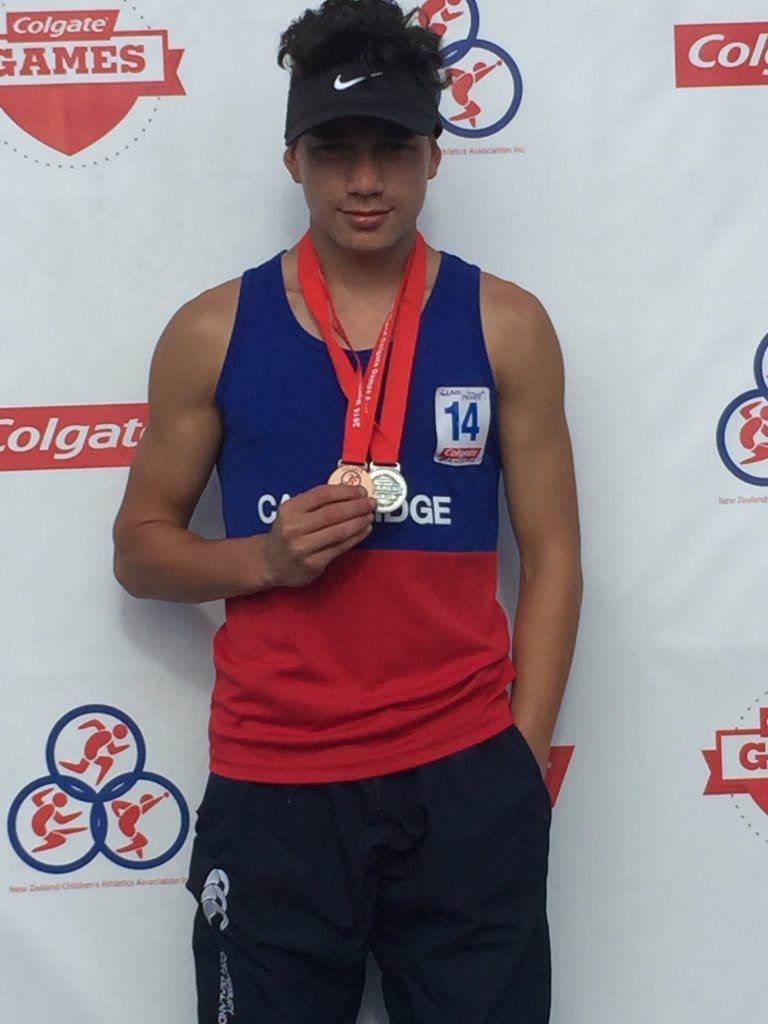 Liam McKee earned a bronze medal in the 400m sprint at the Colgate Games.

A rising Cambridge runner has come away from the recent North Island Junior Athletics Championships, better known as the Colgate Games, with a fantastic result for his efforts.

Fourteen-year-old Liam McKee finished up the annual competition with a third-place finish in the 400m sprint, which saw him stand on the podium to receive his bronze medal.

“It was pretty cool,” McKee said of getting up on the podium. “There were heaps of people watching.”

Bad weather during the three-day competition earlier this month meant the first day had to be cancelled, “so it meant that your heats became timed finals,” McKee’s mum Marjorie explained. “So they took the best times out of all of the heats and picked out first, second and third.

“The guy that came second (overall) only came second by a fraction of a second, so it would have been interesting to see them in the same race… it was quite cool watching it, we didn’t know what to expect.

“He surprised us because he just picked up his pace and got further and further apart from the group.”

Liam blew the competition out of the water in his heat race, finishing about 15 metres ahead of the next competitor. The Hamilton Boys High School student had ‘done his homework’ ahead of the competition, researching the best technique for running a 400-metre race.

“At the start it’s good to build your speed up, and then cruise down the first 100m straight, and then in the last 150 metres really pick it up and put everything you have left into it,” Liam explained, adding that he himself was surprised, and undoubtedly happy, with the result.

Up next on the junior athletics calendar is the 2018 Inter Provincial competition, being held in Taranaki over Easter weekend, where Liam will represent the Waikato in the 200 and 400 metre sprints, plus the long jump. McKee confirmed his plan of attack leading up to the competition would be similar to the Colgate games, “eating and getting enough sleep for it really helps,” said Liam, who trains five times a week here in Cambridge, both at home and with the Cambridge Athletics Club. 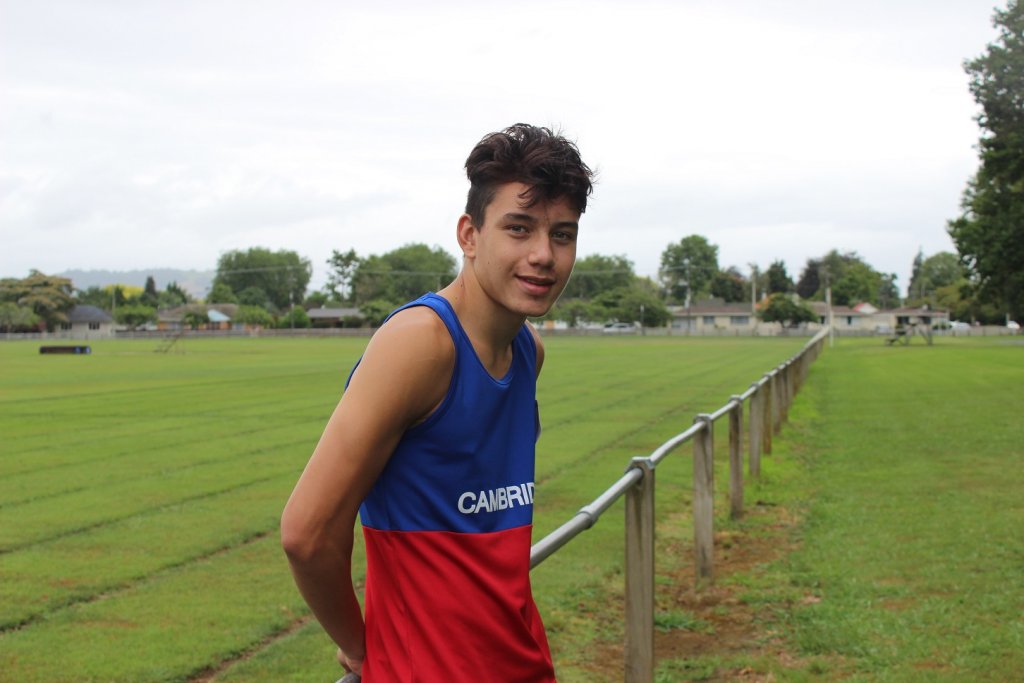 Liam McKee has returned from the Colgate Games with even more reason to smile.