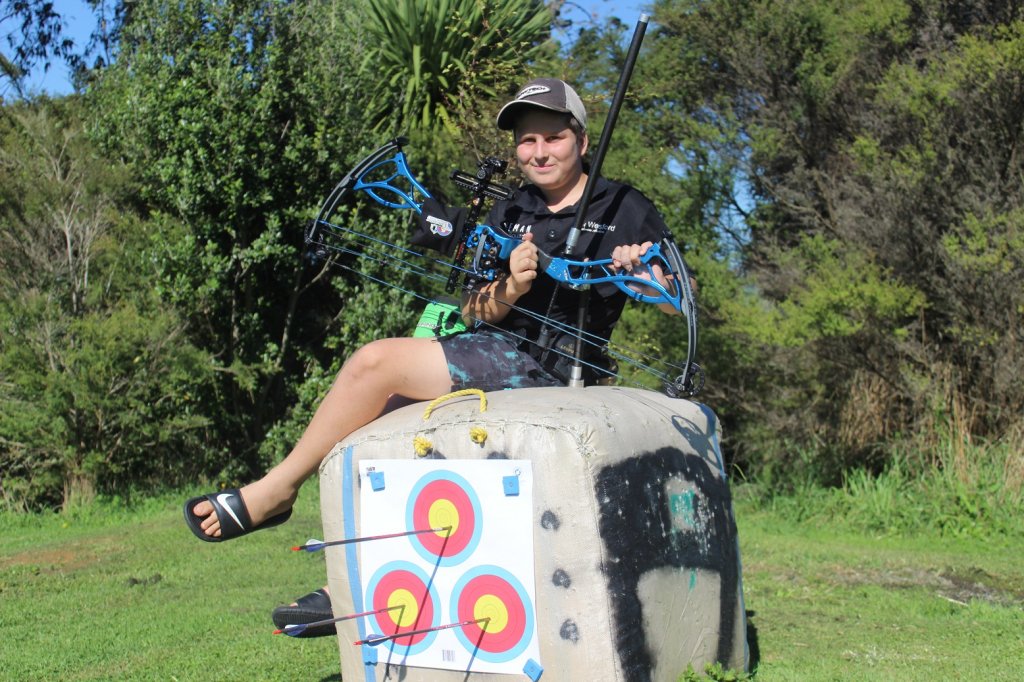 Levi Wesford has made the NZ Trans-Tasman team following a string of success.

The 12-year-old, who has only been doing archery for a little over a year and a half, won four golds and two silvers in the U13 category, took home the Robin Hood trophy for clout shooting, and set a new 720 record for his age group.

The 720 record requires archers to shoot 72 arrows, with ten points per bullseye, for a possible maximum of 720 points. Over the past 6 months Levi has broken the record several times, getting his best score of 706 at the national competition in Palmerston North to secure his place on the NZ team, having clocked up qualifying points at events around the country. He will travel to Melbourne in April to take on the Aussies in the Junior Trans-Tasman Archery Tournament.

“I’ve done quite a lot of work to get the qualifying scores, so I was pretty happy to get on the team,” Levi said. Levi Wesford said the trick to hitting the bullseye is muscle memory, repetition, concentration, and staying focused on the target.

Between now and April, Levi will attend a training camp in Auckland with the Trans-Tasman team, and attend a few field archery tournaments as part of club competition. He was also invited to try out for the Oceania Youth Champs at a selection event in the South Island, but it clashes with a planned hunting trip with his dad, “So maybe we’ll try that out next time,” he said.

“I’ve always enjoyed doing something that takes skill,” Levi said of his passion for the sport. “It’s sort of helped build by character a lot, because there’s lots of helpful people in the archery community. If you’re looking for a sport, get into it, it’s a great sport.”

Levi, who is a member of Lakeview Archers in Horahora, hopes to one day become world number one. For now, his focus is on the Trans Tasman tournament.

Over the next few weeks Levi and his band of supporters will be fundraising for the trip to Melbourne, with raffles, cakes, fudge and more for sale outside BNZ – just look out for a big target. A Givealittle page has also been set up to help fund the trip. Any businesses interested in sponsoring Levi are encouraged to contact the Wesford family on 0275881161 or swesford@no8wireless.co.nz.