The cast of Star Wars got to create their own props. Photo – Michael Jeans.

Cambridge High School’s auditorium was filled nearly to capacity on Friday night as 72 children took to the stage in a special rendition of Star Wars, having spent just a few days working with industry professionals to prepare for the performance.

Held as part of the Ignite Holiday Workshop, local students aged 6 to 14 spent Monday to Friday last week learning a huge range of skills for the show, including choreographed combat scenes, song, dance, drama and even making their own props, to prepare themselves for the show.

“For some of these kids it was the first time ever that they’ve tried something like this… they only had four days to do such a massive thing, so it was pretty amazing,” said Maxine Nelson from Ignite Dance Academy, which ran the week-long holiday programme. “It was comical, it was fun…the parents loved it, they found it very funny, exciting… it’s about the overall week, all the things they learnt in the workshop, all the new experiences, the new friends… From that standpoint they did amazing.” 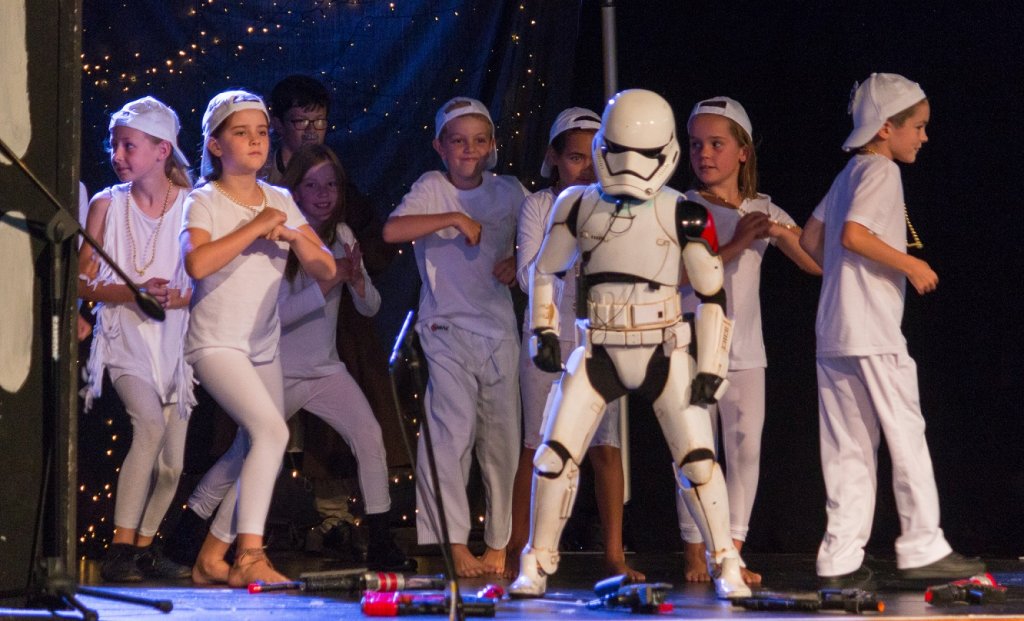 It is unclear if the Stormtrooper actually hit anything in the production! Photo – Michael Jeans.

Throughout the week the students worked with six instructors from around the North Island specializing in drama, dance, special effects make up, costume design, stage combat, and stage set design, including the likes of Alex Falkner, a Weta Workshop veteran of 13 years who has worked with Peter Jackson, James Cameron, and even crafted the arrow which killed Smaug the dragon in The Hobbit. Falkner helped the students create their own props and even recreated the cockpit of the Star Wars Millennium Falcon for the stage.

“It’s been good fun,” Falkner said ahead of the big performance. “The kids have been fantastic… I thought the older kids would nail it… but some of the younger ones were the ones that were really focussed and came up with some really cool work.

“They’ve made the props and the light sabres themselves… I didn’t have quite enough time to really get them involved in the modifications, but what they were doing was actually no different to how they made the original stuff (in Star Wars), it’s repurposing everyday items and turning them into something else.” 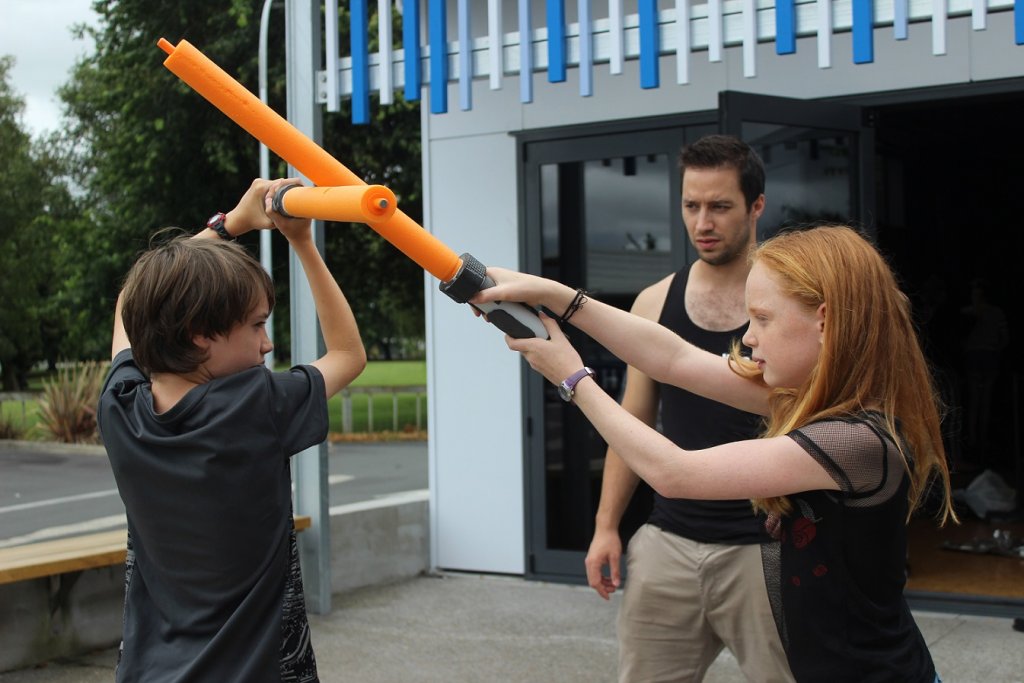 Lydon Katene travelled down from the New Zealand Stage Combat School in Auckland to teach the students their fighting scenes throughout the week, also playing the part of Yoda in the production.

“It’s been amazing, working with 72 kids has just been full on, but they’ve been great, they’ve just picked up everything I’ve given them and ran with it.

“The really young ones were some of the most focussed and intense, because they fully engrossed in the story, they know it, they still think it’s real, and when they’re doing ‘the force’, the expressions on their face! They’re fully encapsulating that universe,” Katene said.

Special FX makeup instructor Sandi Cutts was also on hand throughout the week to bring the children’s characters to life, making masks and teaching the students to make fake wounds and body parts, and using fake blood to help make the combat scenes look more real. “Some of the younger kids were a little bit scared because it (the fake blood) looks real, but the older boys loved it,” she said. “It’s been fun, teaching and creating at the same time.” 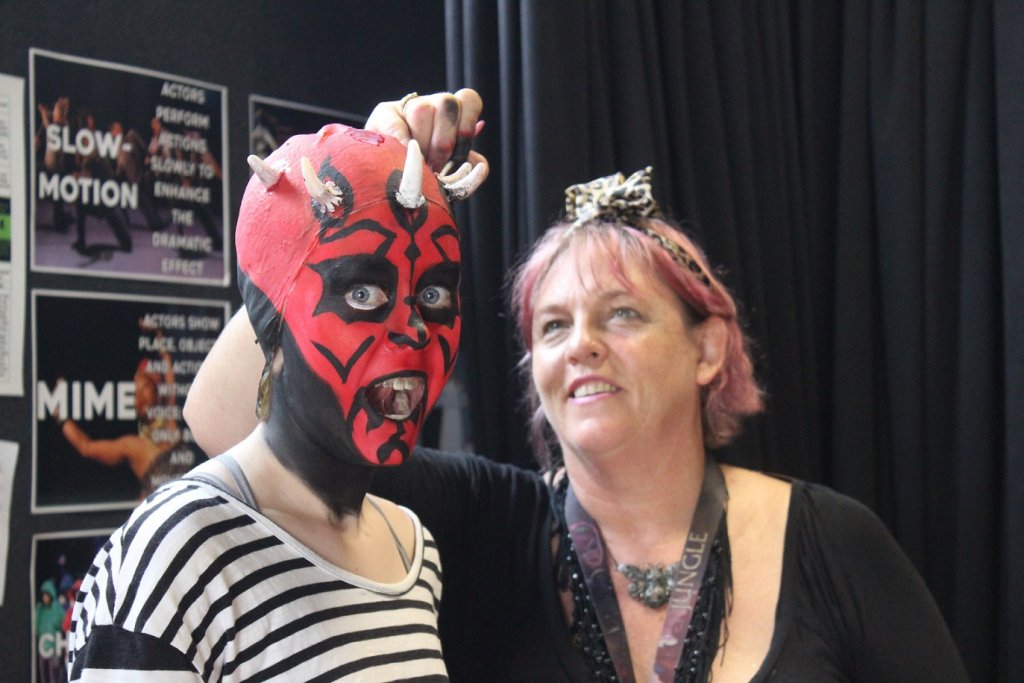