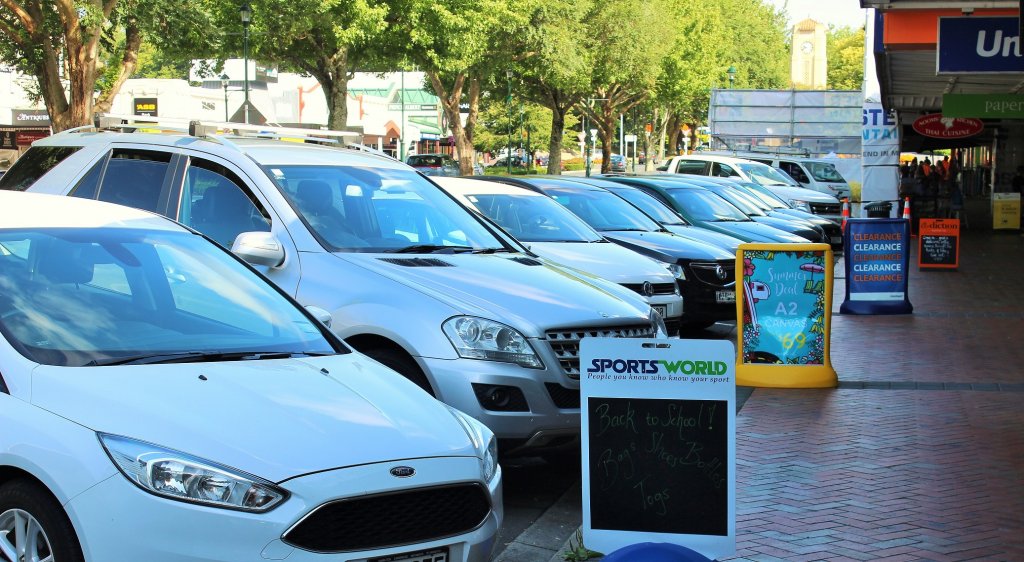 The Cambridge Chamber of Commerce hopes that businesses in town encourage staff to consider parking that would not impact space availability on Victoria St.

Over Christmas, parking was once again at a premium in Cambridge, with the town bulging at the seams with shoppers keen to find a space.

The Cambridge Chamber of Commerce met with the Waipa District Council late last year to discuss “quick wins” – improvements that can will a tangible difference without incurring much cost.

As a result, minor adjustments have been made in Queen St between Victoria and Bryce Sts, where new markings have been put in.

Council said they are also working with the chamber to identify other places where parking markings could be improved, including Alpha St, between Empire and Anzac Sts.  By painting proper parking spaces onto previously unpainted stretches of road, it is hoped that drivers will park within the lines which will allow more vehicles to park there.  Cambridge Chamber of Commerce CEO, Tania Witheford, said that better signposting of public carparking, including the parking area on Milicich Place, would also help ease the pressure on parking in the CBD. Chamber of Commerce CEO Tania Witheford favours a voluntary change in parking behaviour rather than the issuing of more tickets.

Ms Witheford also said the chamber hoped that businesses in town would encourage staff to look at parking that would not impact on the availability of spaces on Victoria St.  Any campaign to change driver behaviour would need to be friendly rather than punitive, she said.  “Just a little reminder of where the long-term parking is.”

Contrary to popular belief, there have been tickets issued in Cambridge, but council said it’s not something they are keen on spending money on. “We’d rather not have to use council resources – funded by ratepayers – to ticket people.  We’d far rather people took note of the signage and moved their cars so other drivers can also use those parks,” council’s roading corridor manager, Bryan Hudson said.

Mr Hudson said that sensors installed on the main street in 2013 have been collecting information to give a picture of parking in Cambridge, or to verify complaints from customers. Council have also previously provided that data to the Cambridge Chamber of Commerce.

“We acknowledge the concerns of the Cambridge Chamber around parking and we’ve included funding in Council’s draft 10-Year Plan to work with Chambers of Commerce, and the wider community, to create parking strategies for both Cambridge and Te Awamutu. Mr Hudson said the strategy would consider a range of issues including best use of technology as well as enforcement. That strategy would kick off in July, pending budget sign-off in June, he added.