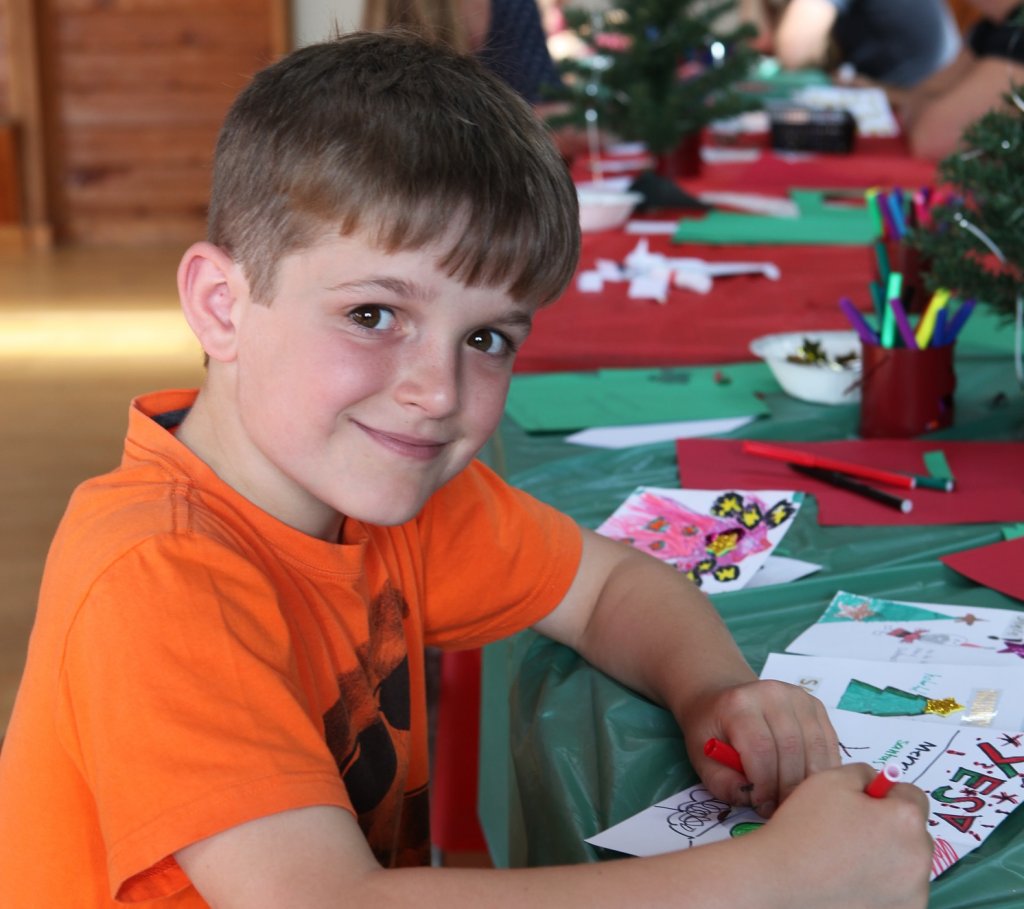 Eight-year-old Aidan Kershaw decorates hand-made cards for children who will be in hospital over Christmas.

Dozens of Waikato children facing a tough festive season will get a cheerful homemade card on Christmas Day thanks to Cambridge volunteer organisation Act of Kindness.

AOK’s Christmas Cards for Kids morning drew 40 local children to the local Scout Hall on Saturday, where they each decorated two cards and wrote heartfelt messages to children in need.

“I want my children to learn about being compassionate and giving of their time and I just love the whole idea of it all,” said Cambridge photographer Sheree Kershaw, who brought her two boys along.

“I think Rebecca’s doing an amazing job of her Act of Kindness activities she’s doing around the place.  I want to get more and more involved.”

Play therapists will hand out 50 cards to children in Waikato Hospital’s paediatric wards and the remaining 30 will go to Women’s Refuge.

“I think for children during the Christmas period to take half an hour out of their day to do this for other kids is very special,” said organiser Rebecca Broadbent, who had tears in her eyes as she spoke about the challenge of figuring out what to write inside the cards.

“It gets really emotional.  You can’t write ‘hope you have a great time at the beach’ or ‘hope you get lots of presents from Santa’.

“Hopefully it puts a bit of perspective on the holiday season for children – and their parents too.”

“I saw the advertisement on Facebook and they all like making crafty things anyway, so I thought it would be a really cool idea to stop and think about other people who maybe aren’t in the coolest place this year and make them feel a bit happier knowing people want to spend some time doing this for them,” she said.

Rebecca thanked Countdown supermarket, which donated candy canes to tape inside the cards, and the Warehouse, which gave craft supplies, for their generous support of the event.