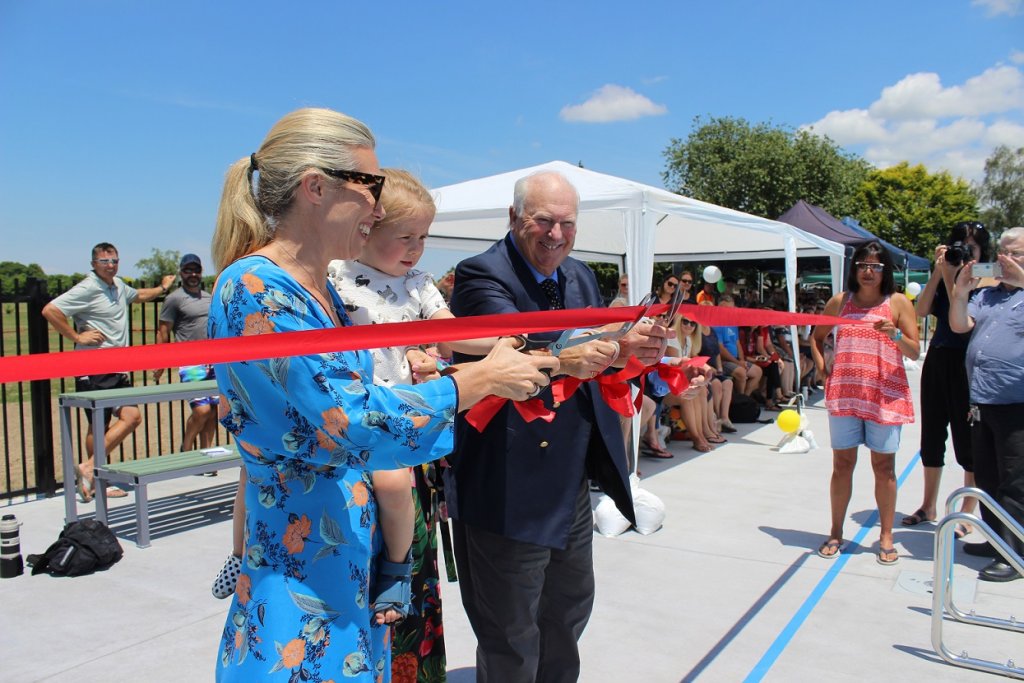 The whole school, along with sponsors, supporters, families and dignitaries lined the new complex on Friday last week for the grand opening, where Sir Peter Vela and wife Pam, the key sponsors of the project, cut the ribbon with help from their daughter Petrea and granddaughter Valentina.

“This pool complex has now been fully paid for, and that is thanks to the final push from the Vela family, our naming sponsors,” School Principal Waveney Parker said.

Parker said the old school pool, believed to be around 75 years old, had grown too small to efficiently serve the school’s growing population of 465 students.

“All children should be able to swim, so hopefully this will be able to carry us for another 100 years.” 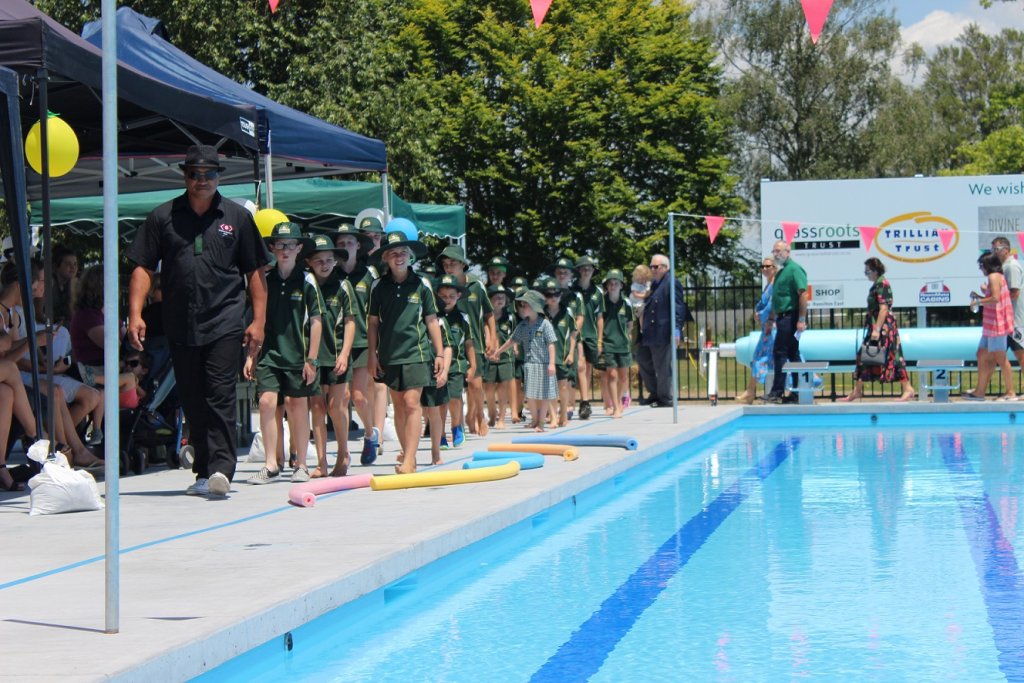 A Kaumatua blesses the school with students in tow.

The total cost of the pool complex, which includes a large laned pool, a smaller pool and changing sheds, cost over $600,000 to build, not including the generous donations of construction materials and labour from the community.

Over $200k was raised from the sale of the school’s cookbook “Devine Eats”, an incredible sum according to Parker, as the school had originally estimated a profit of $36,000. “And there are still more copies left to sell,” added Parker.

Project Manager Camille Stranks, a parent and PTA member who was involved with the pool project from the beginning, highlighted during her speech the importance for children to learn to swim. “If this pool can help save one life, or create an Olympian, then it was well worth it.”