Brothers Jordan and Tyrone West were selected for the Under 15 and Under 17 Waikato representative softball teams.

Cambridge has produced not one but three young softball players to make regional representative teams this season, hailing from the Tom Voyle Sports Club.

Alyssa Fenemor and brothers Tyrone and Jordan West were each selected for the Under 13, Under 17 and Under 15 teams respectively, with practices now underway for inter-regional tournaments coming up in December, January and February. 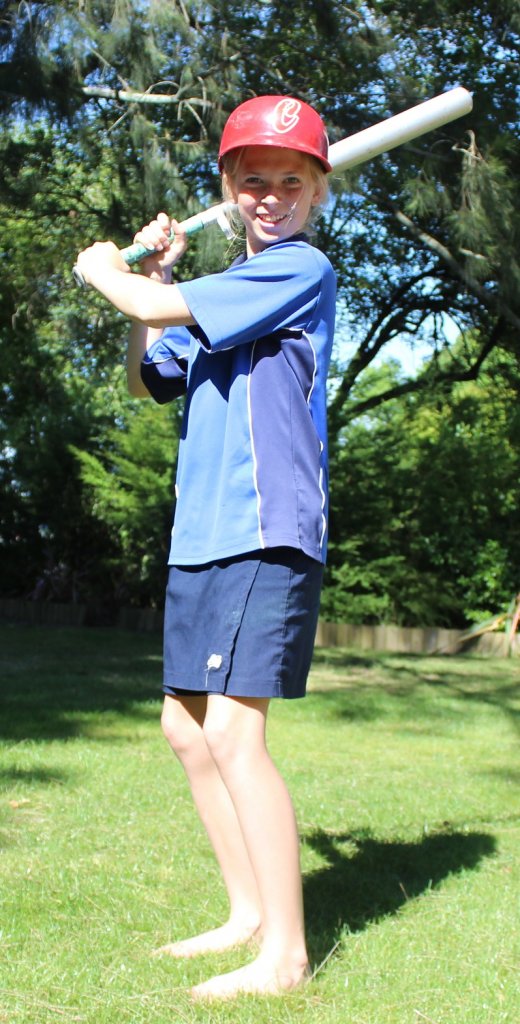 Alyssa Fenemor is excited to be joining the U13 Waikato rep. team.

For 11-year-old Alyssa, it’s a new venture having only just started in the sport. In fact, she was playing her second ever softball game, with the Tom Voyle Sports Club, when a scout for the rep team noticed her keen enthusiasm for the game and approached her about trialling.

For brothers Tyrone and Jordan West, this will be the seventh season playing softball, starting in Christchurch before moving to Cambridge four years ago. 16-year-old Tyrone said he was “pretty happy” with the result, having been in the U17 rep team last year and in the U15 team before that.

For Jordan it’s an especially pleasing result. With his birthday just the day before the age cut-off date, he’s usually the youngest in the team. “I initially wasn’t going to go for it,” said Jordan, “but the spot was open, and I thought whatever I’ll give it a go, and ended up making the team so I was really happy with it.”

The boys will travel to Wellington in January for the three-day U15 north island tournament, returning home for three days before heading off to Tyrone’s five-day national tournament in Palmerston North.

“It can be a bit intense,” said Tyrone, who will be playing two to three games per day. “Because you’re cheering everyone on, within the first two days you’ve already lost your voice.”

The boys say the culture of the game is what makes them enjoy it so much. “The people that are involved, they’re not really stuck up, everyone’s real chill. It’s a good community really.”