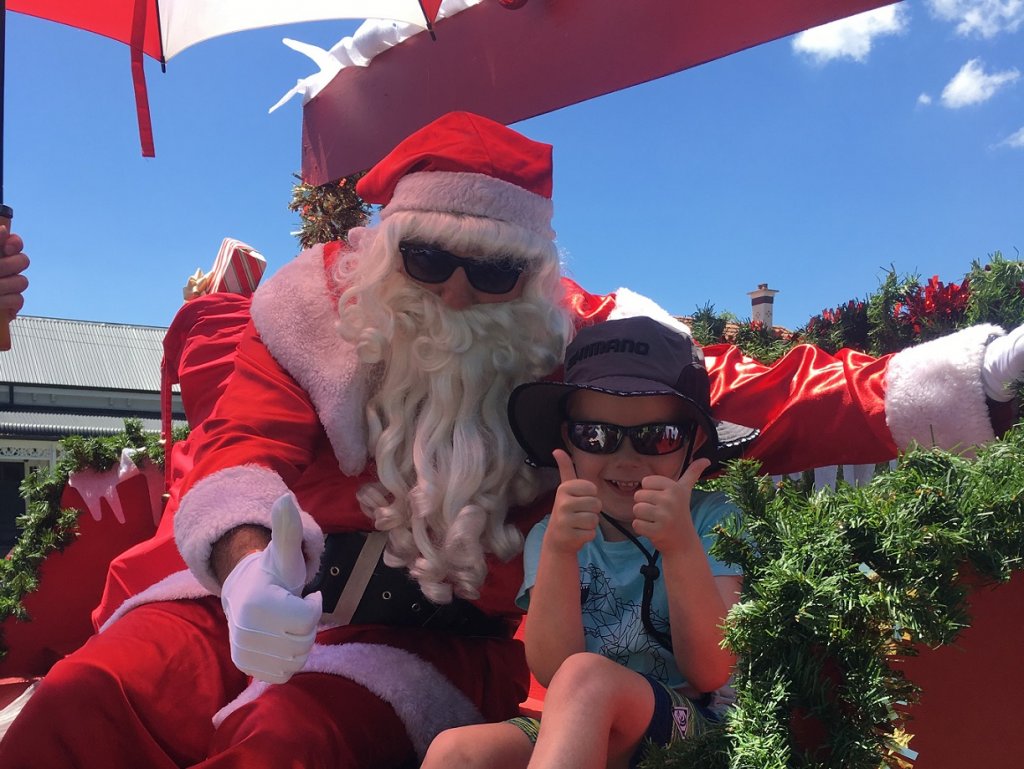 Local retailers are keen to work with council to minimise the impact of road closures on their businesses during the Cambridge Christmas Parade.

The sun shone brightly on the Cambridge New World Christmas Parade, with crowds flocking to enjoy the annual spectacle.  While the event was a chance to get into the Christmas spirit, the way the road closures in town were handled has left some local retailers unimpressed.

While the council had agreed to road closures starting at noon, local retailer Hamish Wright said the road was effectively closed from 11am, preventing would-be Christmas shoppers from parking in the main street.

Cambridge i-SITE’s chief executive Roger Gordon said the traffic management company, Safe Traffic Management Services (STMS), followed the same procedures as they have done for more than 10 years.  “From just before 11am they began to put up notices and place cones by the side of the road,” in anticipation of the noon closure, Roger said.  “At about 11.45am the cones are placed out on one half of the road to begin management of the closure…It is not practical to have management of the closure to begin on the stroke of 12.00,” he said.

Hamish said that whether the cones and notices were put up beside the road or not, their presence meant people thought the road was closed.  “It looked like the road was closed,” he said.  Far from being opposed to the parade, Hamish said the bookshop has been a supporter of it for many years, but he would like to see more reciprocal support from organisers toward affected businesses.

Councillor Sue Milner sided with the retailers, unimpressed that the road was effectively closed early, depriving them of pre-Christmas custom.  Cr Milner said some retailers had opted not to open at all on Sunday, and that “you could have fired a gun down the main street and not hit anyone” after 11am.  “It’s not fair to any of these retailers, they’ve got to make a living,” she added, calling the road management for Sunday’s parade was “overkill”.

Roger Gordon said, “I wonder if we should stop doing the Christmas Parade if that’s what they are thinking.”

North Island operations manager for STMS, Reg Rouse, said that every year or two there are a small number of complaints from disgruntled retailers.  “If one person is upset compared with hundreds of people enjoying it (the parade), it’s not bad odds,” he said.

Reg added that STMS always adheres to the approved traffic management plan and that if they didn’t, council would come down on them “like a ton of bricks.”

Hamish attended this week’s Cambridge Community Board meeting on Wednesday night to suggest some solutions, including the possibility of moving the parade to 4pm when it would be slightly cooler and road closures would have less impact on retailers.