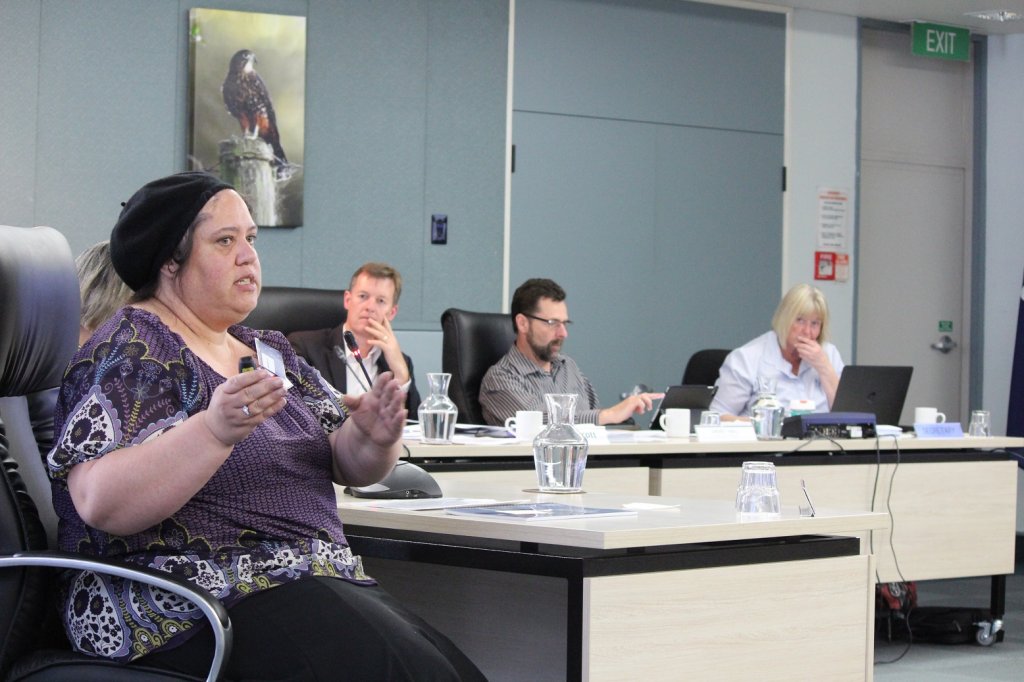 Five verbal submissions were made to a panel of Waipa and Hamilton City councillors at a public meeting last week to conclude the feedback process for a proposed council-controlled organisation (CCO) providing water, waste water and storm water services for the two districts.

The CCO would be non-asset owning and council-owned, with all major decisions and finances kept separate. Seventy-two written submissions were received over the previous month, 33 percent in favour and 61 percent opposing, with the balance just commenting and not expressing a preference wither way.

Five of those submitters opted to share their comments verbally at the meeting on Friday. With three of them initially absent as the meeting got underway, representatives from the Purekireki Marae Trust spoke first. “Where’s the evidence that you’ve had conversation with takatawhenua?” Mihirawhutu Searancke said, later adding the need for water quality to be maintained, and confirming they would like to see Maori represented.

Kerry Thomas and Jacqui Hahn appeared on behalf of Federated Farmers to voice their concerns regarding ratepayer involvement in the CCO, citing the case of a CCO in Northland earlier this year.

Katherine Pioletti, speaking on behalf of the Maniapoto Hapu Rangatira, said they oppose the CCO, “mainly because it breaches our constitutional rights to water, we haven’t been consulted with,” she said. “During the land wars we had land confiscated… we used to be self-governing in our area… we didn’t sell our rights to water, and you want me to pay for water… there’s nothing in the Treaty about having a corporation run our water.

“When you take our water that was a gift from the Gods to us, and profiteer and put it into a market system… you’ve got state capture there.

“We see this as treason via corporate governance and rule against the Queen and Nga Hapu o Nu Tireni. We ask the submission hearing panel to stand down due to conflicts of interest, where the councils are the applicants and judge. We have no faith in the process to protect our God given birth rights and treaty rights,” said Pioletti.

There was a moment of silence from the panel before Chair David Winder said, “Well I must say I’ve never been accused of treason before.”

All submissions will be recommended to the full councils of Waipa District and Hamilton City. A final decision will be made before Christmas.