The annual Stragglers Rod and Kustom Charity Car Show is over for another year, the event raising money for kids with special needs and entertaining thousands of visitors at Lake Karapiro in the process.

They ran out of window stickers after 1300 cars, but organisers think between 1400 and 1500 cars took part in Sunday’s show. From left, Club President Roger Belfield, Glenn Keen (show organiser/club member), Jon Robben (club secretary) and Dale Gerrand (club treasurer), organising club cars.A member of the Stragglers’ committee, Gary Antstiss, said they have raised over $150,000 over the past 12 years for children with special health needs.  Sunday’s show was the most successful to date, providing a welcome boost to the club’s coffers which will be distributed to kids in need across the Waikato.

“One guy got a special off-road wheelchair and they all need their houses revamped so they can cater for these kids with these issues.

“We just try to put the word out for everybody that’s got any children in need that aren’t funded by the government,” Gary said. 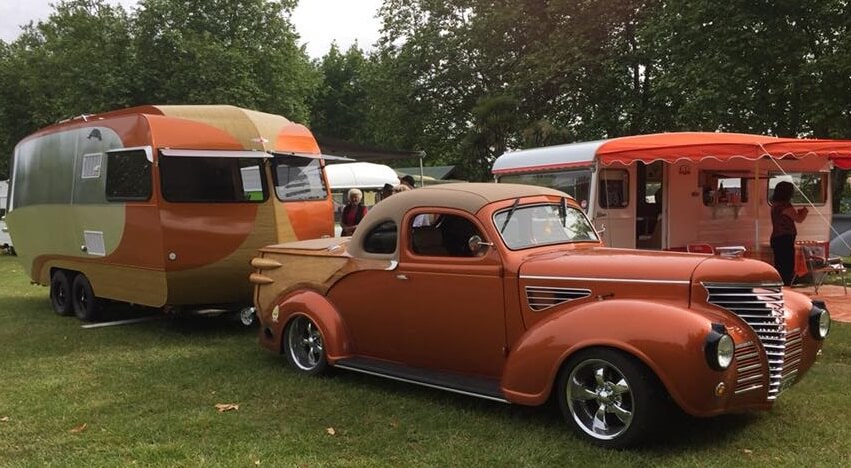 There were 10 retro caravans on display at the show, including this hand-built Airstream with all the mod-cons.