Can collection for Cambridge families 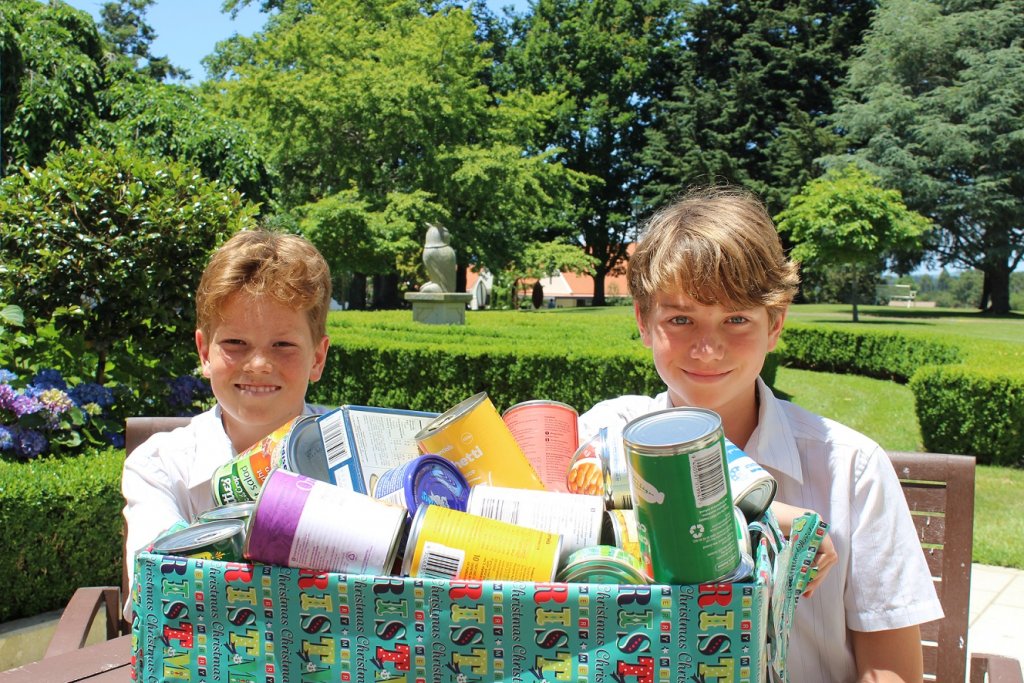 Will and Jamie Livingston have collected over 350 cans for the Cambridge Salvation Army.

Two brothers at St Peter’s School have gone out of their way to make a difference for local families in need during Christmas, collecting 355 cans of food for the Cambridge branch of the Salvation Army.

The boys decorated boxes into a Christmas theme and left them at various stations around the school, spreading the word to encourage donations – including an appearance at the school’s junior assembly and at a staff meeting. With the cans collected, they then took them in to the Cambridge Sallies. “It was quite a good experience, we saw what they put in the boxes and what they need more of around Christmas time,” said Will.

The 355-can result far exceeded their expectations. “It went pretty well,” said Jamie. “We used to donate to charity every year, we’d still do it even when it wasn’t through school.”

The boys’ gift of giving started at their old school in the Cayman Islands, where they would put together a gift in a similar fashion to Operation Christmas Child, and they credit their parents for instilling such a positive attitude toward charity.

“Our parents helped out quite a lot with this,” Will said of their latest efforts. “They kind of came up with the idea.” The boy’s younger brother Finn, a student at Tamahere School, was also involved with a can collection at his school.

“We just wanted to make other people’s lives a bit better than they were before,” said Will.