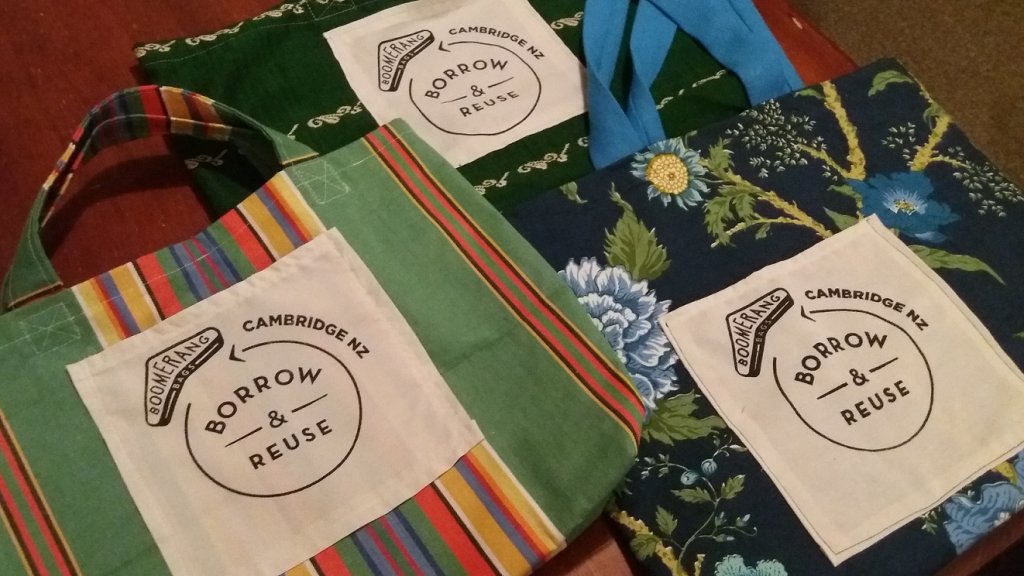 Boomerang bags started in Australia in 2013 and have since spread across the world.

Plastic Bag Free Cambridge will be at the Farmers’ Market on Saturday morning – weather dependant – running a stall with boomerang tote bags and produce bags. Shoppers can take the bag for a donation to cover costs, limited to one tote and one produce bag per family, to raise awareness and provide education around using less single use plastic.

The produce bags have been flying out the door at Vege Fresh and the logical next step for the group was boomerang bags, which started in Australia in 2013.  It has since spread across the world as people look for ways of cutting down on single-use plastic.

The group hopes to have a regular presence at the market with a stand in the New Year where people can borrow and return bags, or just reuse them. “We just want them to be used,” said Linda Weijers from Plastic Bag Free Cambridge.  “We also hope to recruit more sewers and collect donations of clean second-hand fabric, and threads. As well as fabric, strong net curtains, pillowcases, table cloths, jeans and t-shirts are also able to be upcycled and used,” she said.  Linda said the Lions had already donated material to the cause, and she hoped others would get behind the idea.