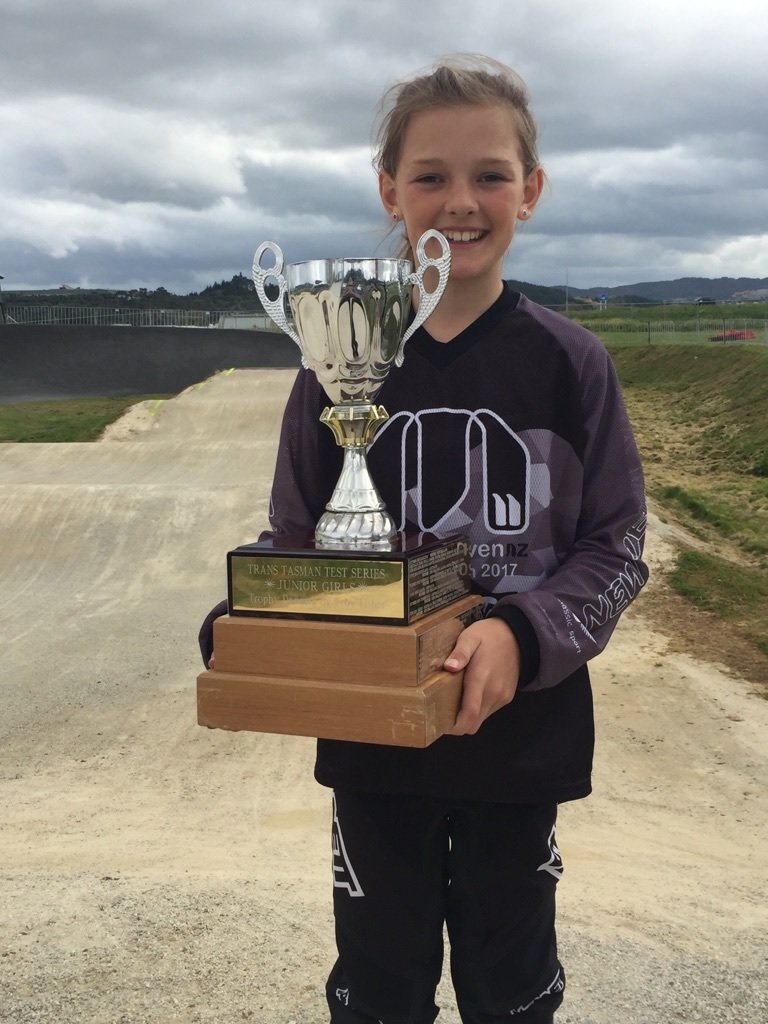 Greer Hall with the Trans-Tasman Trophy.

Every young BMX rider soon learns about the ‘Mighty 11’s’ and aspires to be one when they turn 11 years old. The fastest four boys and four girls are selected in a trial to represent NZ as the Junior test team Mighty 11’s and compete against Australia for the Trans-Tasman trophy.

Greer Hall from the Cambridge BMX Club was selected last month as the number 3 rider for the team backing up her previous selection in June where she raced with the NZ team in Sydney. She rates this experience as one of her most memorable – prior to last weekend – as a crash left her battling through her races with stitches in her chin and an undiagnosed wrist fracture.

Since earning her place in the team last month, Greer has attended the training camps almost every weekend and worked hard training for the event. The meet was held in Whangarei over labour weekend in conjunction with the BMX North Island Champs.

The girls’ team had a tough battle scoring points across five races blocking and team riding against the four determined and skilled Australian girls. But the Kiwis came out with the top points score and have brought home the girls’ Trans-Tasman trophy. The boys’ team unfortunately didn’t have the same success, but a team will travel to Australia next June to try to win again.