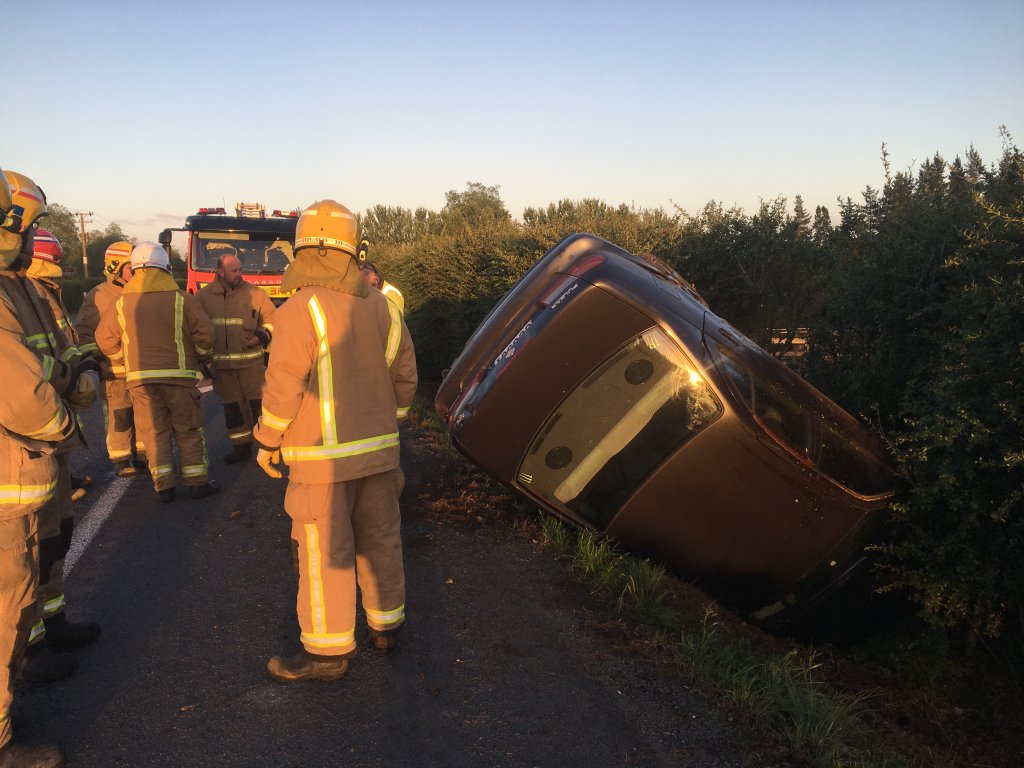 The car left the road and landed on its side in a ditch.

A motorist had a lucky escape on Thursday morning last week, falling asleep at the wheel of his car just after 6am near Karapiro.

The man, who has been a truck driver for 33 years, was driving home to Tirau when he dozed off – waking as his car left the road.

Fortunately, his car was drifting towards the ditch instead of oncoming traffic.  Sun strike meant the driver was unable to see if the road was clear, so he let it continue into the ditch, rather than pull the wheel and risk overcorrecting into the northbound lane.

His car came to rest on its side in the ditch, but the driver was uninjured.  He was exhausted, he said, having driven to Auckland where he collected a truck, drove it to Taupo and then back to Auckland.  Returning home, his massive shift got the better of him and he fell asleep.

He was unsure if his “$500 Trade Me baby” was a write off, and was thankful he had been wearing a seat belt.