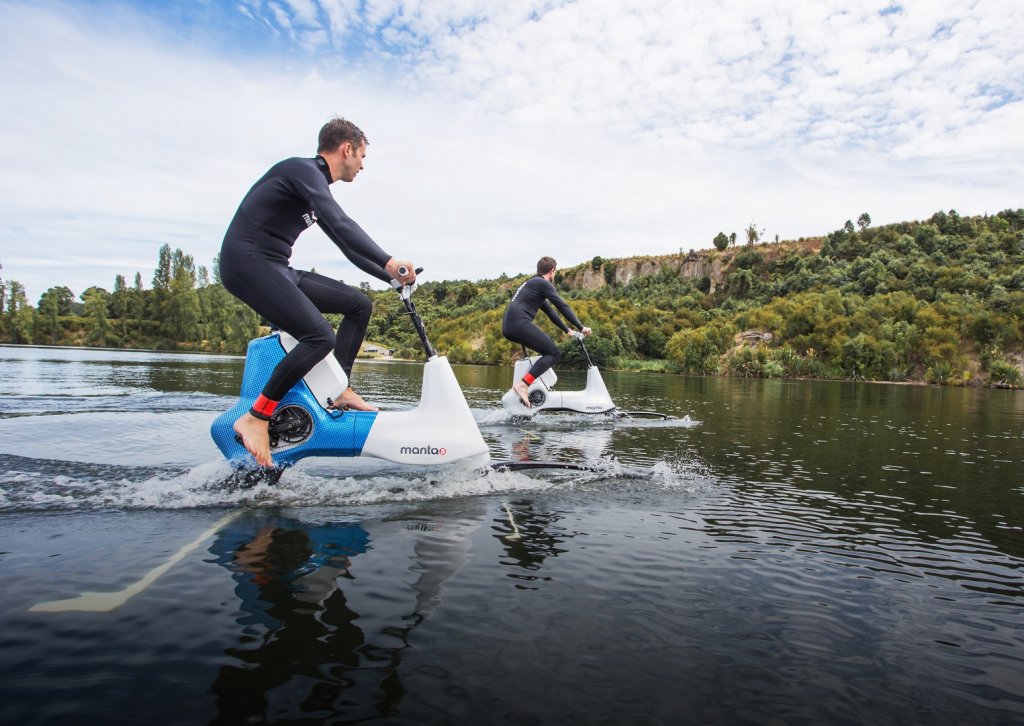 The team, which spent hours developing the bike on Lake Karapiro, have received great feedback so far with more than 5000 registrations to buy from all over the world and more than 13 million views on social media.

“Cambridge was the ideal spot for our research and development,” said Guy Howard-Willis, founder and director of Manta5. “It proved to be the perfect testing ground-situated right in between world class rowers and cyclists, we couldn’t have asked for a better spot.”

Thought to be the world’s first commercially viable hydrofoil e-bike, the Manta5 Hydrofoiler XE-1 has been designed to replicate the cycling experience on water – whether a lake, river or ocean. Powered by pedals. It can also switch to motor-assisted cruising.

“The whole idea came to me because I can see a car represents a motor boat, a motorcycle to a jet ski, and for bikes… there was nothing,” said Guy.

“I knew it was going to be challenging, but it turned out to be much harder than any of us had anticipated,” said bike designer Roland Alonzo.

“It takes some practice and discipline to learn-much like learning to ride a bicycle.  If you can swim and ride a bike, you’ll be able to master the hydrofoiler.”

The bike is now in the commercialisation stage, and attracting external investment as Manta5 prepares for production and eventually worldwide distribution.