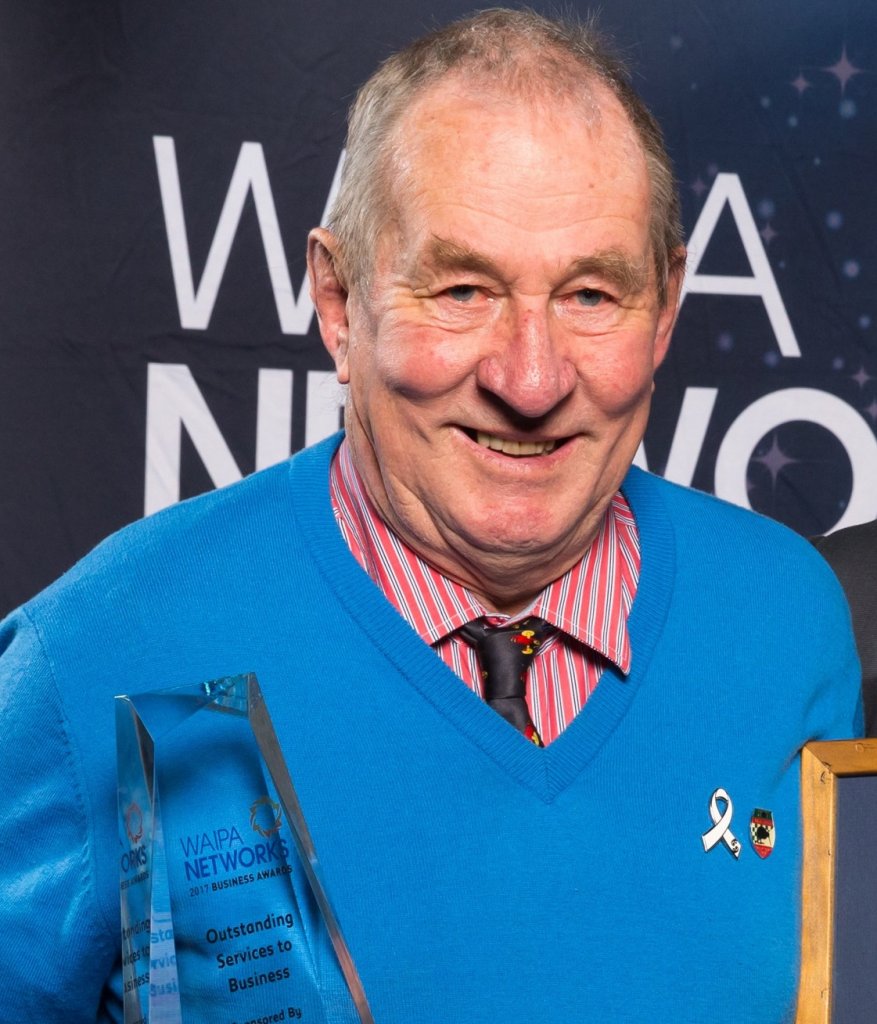 The hallmark of a good send-off is that those attending leave knowing the departed individual with renewed understanding and delight.

That would have been the case in spades for the hundreds of people who packed into Lake Karapiro’s Don Rowlands Centre on Monday to farewell Richard Wright.

Already recognised as one of Cambridge’s great characters, a man driven by integrity and concern for others, they discovered on Monday that Richard was also quite the prankster. They heard how he had mischievously hoped to scare the bejeezus out of them by waving to all, either via a wire affixed to his arm or plugged into the mains. That he was known to craft elaborate April Fool’s jokes, and that he would tell his young sons there were monsters under their beds just to get them to stay in them.

They learned that Richard loved the black humour richly espoused by Spike Milligan and The Goons, didn’t much like school, enjoyed Kenny Rogers and Billy Connolly, loved being on the farm, and had a lifelong passion for any form of vehicular transport – the faster the better.

But by far his greatest achievement, son Hamish told those present, was that he built a successful family, one with Richard at its heart as their “foundation and strong pillar”.

“We have an amazing family and dad was at the centre of it. We get on wonderfully, we love each other and have each other’s back at all times.”

Richard – Rick – Wright was born in Gisborne in 1941 to parents who farmed at the back of Hicks Bay.  Surrounded by loved ones, he died on November 1 following a stroke.

Its suddenness spared him any lingering illness yet allowed him to have Margaret, his wife of 52 years, and all three sons – Hamish, Peter and Angus – by his side.  Angus had flown in just days earlier to join the family in marking Hamish’s 50th, so was unexpectedly gifted precious time with his father.  All three spoke at Monday’s memorial service.

Public recognition for his many years of involvement with the local business community was never sought by the Wright family, but was deeply appreciated nonetheless.  After Richard and Margaret opened Wrights Bookshop in 1984, they became valued participants across a range of community endeavours. Richard became involved in the Cambridge Chamber of Commerce, and then the Cambridge Community Board. Over the years he contributed significantly to the town’s retail sector and to various committees, including those linked to the sister city relationships, Armistice and Anzac programmes, the Cambridge Tree Trust, the Safer Community Charitable Trust and various social services groups.  In August he received Waipa Council’s Outstanding Services to Business award.

Across the generations, the Wrights remember him as an “awesome” storyteller with a soft spot for Spike Milligan’s ‘Badjelly the Witch’, and Rudyard Kipling’s Just So Stories, most memorably ‘How the Elephant Got His Trunk’.

The eldest of Richard and Margaret’s seven grandchildren, Hamish’s daughter Emily, spoke of her grandfather’s “outstanding legacy”, while their fourth grandchild, Jorja, said he was always there for them and “made the best lemon slice”.

It seems that both in and outside his immediate family, Richard Wright will be remembered as “a true gentleman; a bloody good bloke”.