Death and Taxe$ at Gaslight The Gaslight Theatre’s latest show has a little bit of everything for everyone – classic farce flair, animated antics, spooky themes, cleaver comedy, but with a heap of sexual references you wouldn’t want to take the kids. 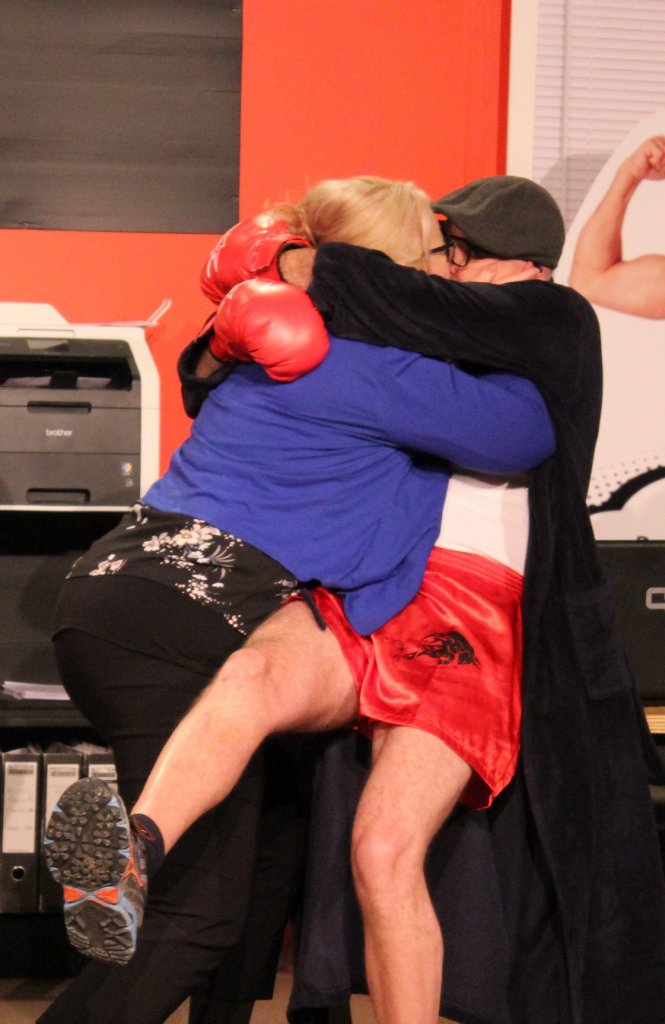 The new round of theatre from the Cambridge Repertory Society – Death & Taxe$, running until December 2nd – features a clever cast of Waikato actors who bring out the brilliance of the story, originally written in 2010 by New Zealand playwright April Phillips.

Cambridge’s Steve McMurray has left the director’s chair from the previous show this year, Out of Order, and taken the reigns as lead actor.  “I love being out there, what gives you the real kick is when you walk off stage at the end of the performance and you know the people out the front have enjoyed it,” he said.

Steve’s character Gareth Burke is a top insurance broker at Destiny Life, hoping to win the company trip to Hawaii and take the gorgeous receptionist Tiffany with him (Moraig Humphries). But Lucille Potts (Laura Hill) is determined to beat him with a supernatural plan of her own. Along with other obstacles, an over-bearing wife, a manic-depressive corporate motivator, the police, the Inland Revenue, and the threat of death itself, the unexpected story line has audience-goers glued and giggling throughout.

Hamiltonian Tony Eccles, who works in Cambridge, stepped in to play Destiny Life’s rather quirky corporate motivator Doug, with just four weeks to spare after the previous Doug had to pull out.

The friendly bond of the cast is what appears to make the show that much better. “It’s really fun, and that’s why we do it, you’ve got a script that’s fun, you’ve got people that you’re working with that are fun, it’s like when you become an adult suddenly we’re expected to not have fun, and this is like playing, meeting your friends and playing,” said Kathleen Christian, who plays Gareth’s wife Enid.

Both the cast and members of the audience said the close atmosphere of the Gaslight Theatre adds an element of intimacy unlike anywhere else. “We just wish more people in Cambridge knew it was here,” said Steve. Tickets to Death & Taxe$ are available at Paper Plus Cambridge and online at eventfinda.co.nz.