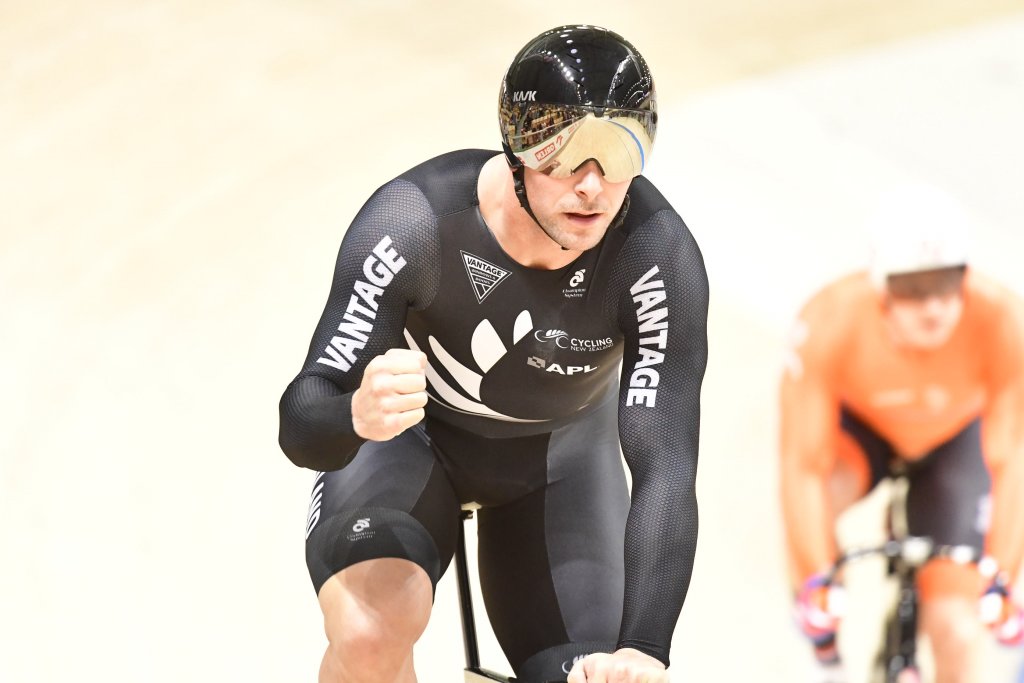 Earlier Dawkins, who won the overall sprint classification at the London Six-Day event last week, was 11th fastest in qualifying in 9.827s, a tick behind teammate and world sprint silver medallist Ethan Mitchell who clocked 9.821s.

Both won their opening rounds of the match sprint elimination over Melvin Landerneau (France) and Theo Bos (Netherlands) respectively.

Mitchell lost out in the round of eight to Ryan Owens (Britain) by 8/100th of a second but Dawkins took out talented Dutch rider Jeffrey Hoogland to advance.

Dawkins then overcame Ukraine’s Andrii Vynokurov in a torrid battle with his opponent relegated in the third and deciding race. However the big Kiwi lost in two straight rides in the semifinal to local star Mateusz Rudyk before bouncing back to beat off top qualifier Lavreyson in the ride for the bronze medal.

The second World Cup competition is this weekend in Manchester. Dawkins beat off top qualifier Harrie Lavreyson (Netherlands) in the ride for the bronze medal.