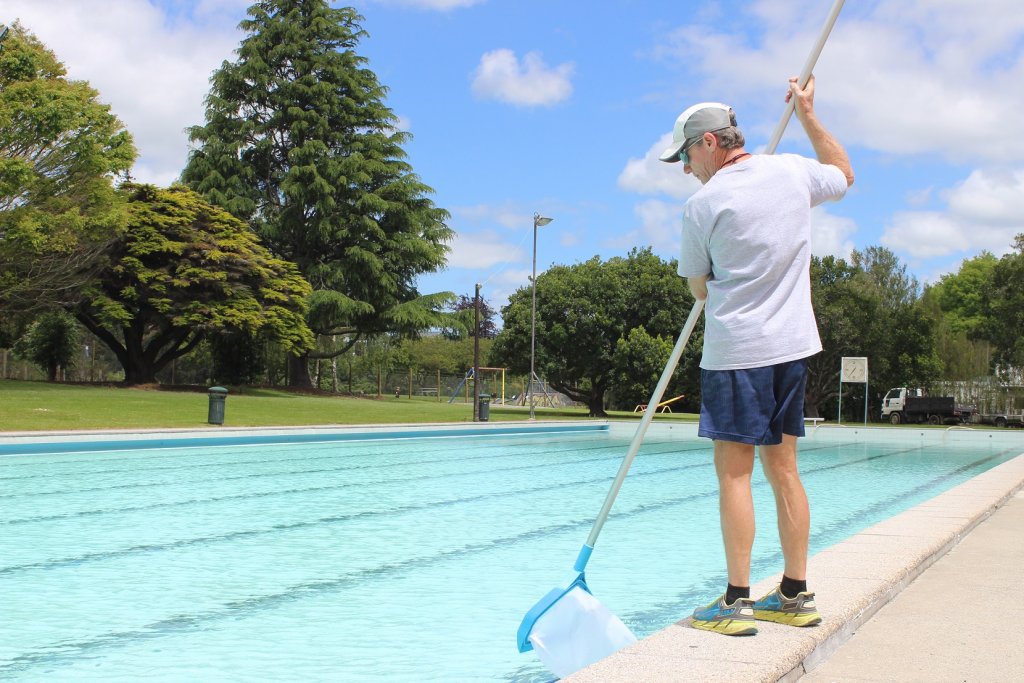 Jay Shelgren, team leader for Go Waipa Cambridge, was on site recently to fill and test the pool.

An opening date is finally in sight for the Cambridge Pool – November 21st, 2017.

Residents have been waiting during recent weeks for the local pool to open to the public, having originally been scheduled to open on October 21. But the weather had different ideas, delaying the opening by exactly one month.

The team at Go Waipa had been waiting on water levels in the surrounding ground to subside before they could safely empty the pool without the risk of pressure damage or collapse of the pool walls.

Test samples had indicated a high level of water in the ground, but a new bore hole taken early last week found that surface clay could have been directing water to a certain area, changing the reading. It was either that, or the water had simply subsided to a safer level, and the pool was ready to be drained, cleaned and refilled.

By Thursday afternoon last week, the pool was refilled and ready for testing. Having been sitting still throughout the winter season, Go Waipa staff ran the pump a few times to clear it of the old stagnant water and get it running with fresh water.

Once they had the pump and filter flowing smoothly, electrical tests were carried out on the heating system.

Water samples have also come back with the correct chlorine balance and the all-clear for swimming. For up to date information visit www.gowaipa.com.