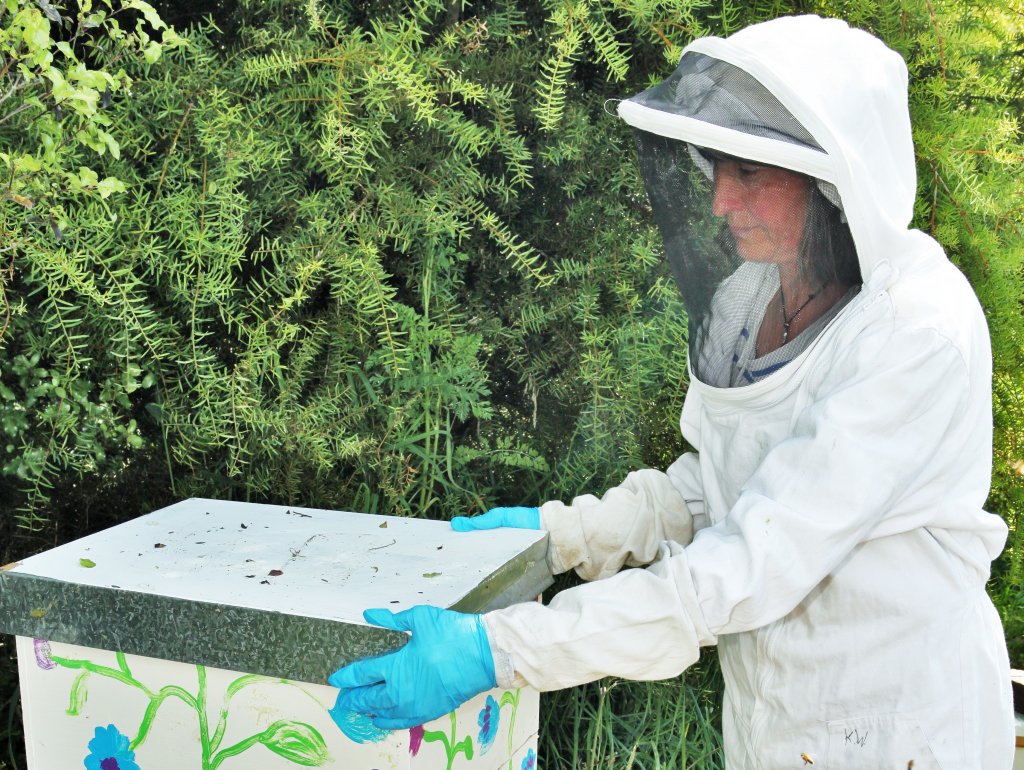 Cambridge beekeeper Karin Watson, checking on one of her hives.

Most people who find thousands of honey bees swarming in their garden are inclined to beat a hasty retreat.

Cambridge woman Karin Watson, on the other hand, relishes the chance to nab the buzzing clouds of insects, pack them lovingly into a purpose-built box and take them home to her apiary.

The self-employed biological research scientist, who lives on a Kaipaki Rd lifestyle block with her husband and daughter, has been catching bee swarms ever since she took up beekeeping as a hobby three years ago.

As soon as spring – peak swarming season – rolls around, she packs her protective white suit and swarm catching equipment into the boot of her car so she’s ready to snaffle the honey-drippers at a moment’s notice.

Swarming generally occurs when a colony produces a second queen bee that leaves to form a new hive, taking half of the original hive’s worker bees with her.

Swarms generally range in size from about 2000-10,000 bees and once they have flown away from their original hive, they settle somewhere to rest and build a protective cluster around their queen.

These clusters are usually shaped like a rugby ball or a bunch of grapes and are often found hanging from tree branches, bushes and fences.  To remove them, Karin simply snips off the branch the bees are clinging to, or shakes or scoops them into her portable hive. 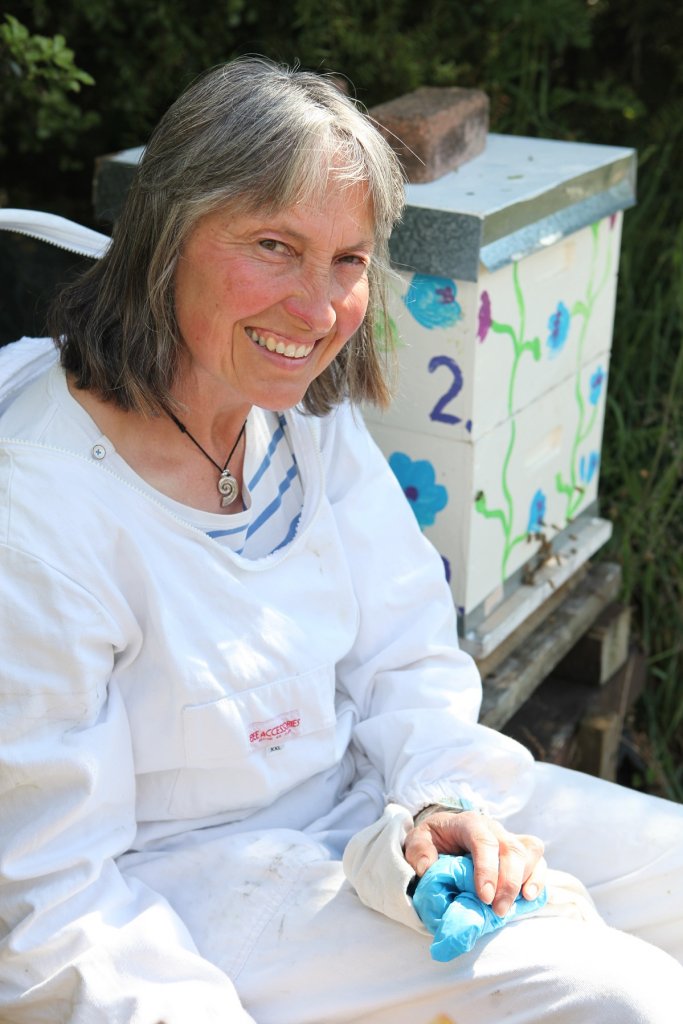 “Most people don’t realise when they see a bee swarm in their garden it’s a race against time to get a beekeeper out as quickly as you can – ideally the same day you see the swarm clustering – to take it away safely,” she said.

Once bees cluster, scouts begin searching for a new home.

“In nature this would be a hollow tree or similar, but in built up areas it is often a crevice in a house wall, under a roof, or in a chimney,” Karin said.

“When bees are swarming they are not aggressive and are the least likely to sting.  They are just looking for a new home and they can only survive for about three days before the supply of honey in their stomachs runs out and they starve.  Cold nights or rainy periods can kill them too.”

What’s more, Karin said bees could no longer live in the wild without a beekeeper’s help because of varroa mite and American foulbrood (AFB).

“There are lots of diseases but these two are absolute killers and they will destroy any feral hive within half a season to one season.”

While most people were “very scared of bees” and tended to leave swarms alone in the hope they would move on, that didn’t often happen.

“Swarms often get into the walls of people’s houses, and once that happens you’re in a bit of strife,” Karin said.

“They’ll be there all summer and they will put comb and honey and brood into your wall or chimney, and even if they die off due to these diseases over the following 12 months they will leave that waxy smell of the comb and the honey in there.  Next spring another swarm smells that and goes straight back in, so it’s a problem that doesn’t go away by ignoring it.”

If the swarm does infiltrate a home it will usually need to be removed by an exterminator.

Originally from Germany, Karin has loved bees since she was a child, but a few years ago she decided to “do something about” her lifelong interest and enrolled in a one-year beekeeping course through Taratahi Agricultural Training Centre, gaining a Certificate in Apiculture.

Karin can be contacted through the Waikato Domestic Beekeepers Association website, www.waikatobeekeepers.org.nz, which lists dozens of swarm catchers around the region.