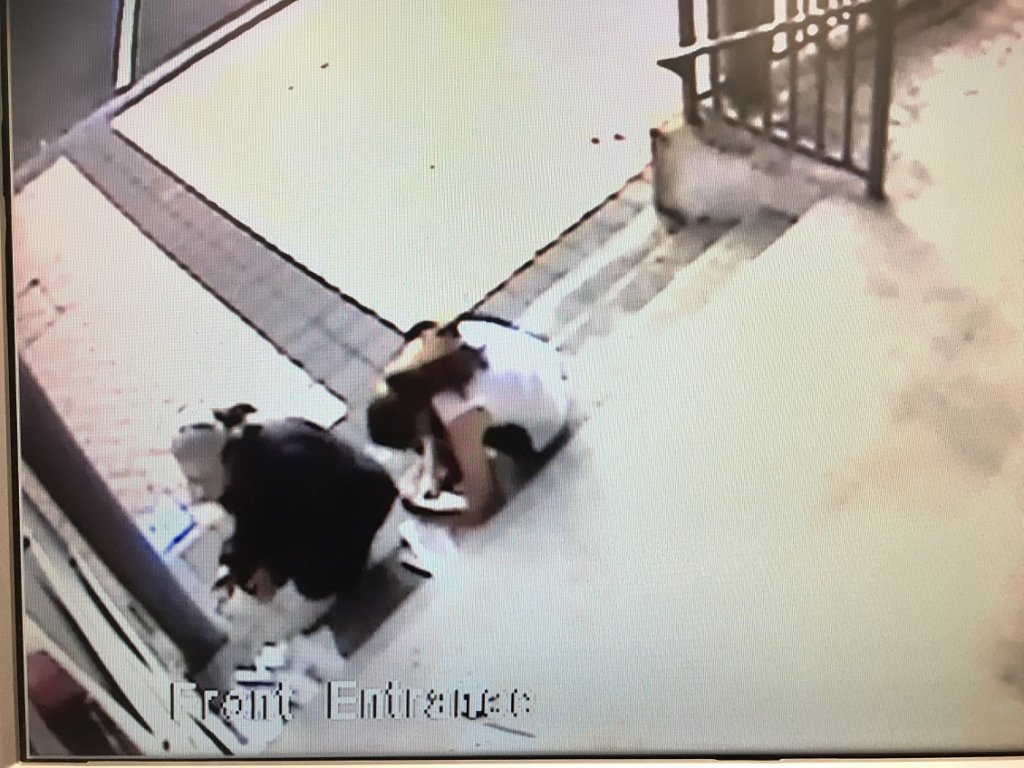 CCTV footage shows the teenagers trying to start the fire.

CCTV footage shows what appears to be two teenaged girls attempting to light a fire at the front of the store, in broad daylight, at 7.10pm.

Using newspapers from a nearby real estate agent, the girls made numerous attempts to start a blaze, running off when the paper eventually caught fire.

Seconds later, someone delivering copies of Cambridge News to the store noticed the burning paper against the side of the building and enlisted the help of a passing motorist to extinguish the fire.

Compuhub co-owner, Thinus du Preez, said he would like to thank the good Samaritan and the delivery woman, saying that without their quick thinking the situation could have been more serious.

Police said their enquiries are ongoing, and anyone with information should contact the Cambridge station or phone Crimestoppers on 0508 555 111 to make an anonymous report.