The local Telford Racing team competing in the Italian National Trophy 1000 Superbike Championship have wrapped up their international campaign with a 16th place finish in the grand finale.

It’s been a long road for superbike racer Dillon Telford and his girlfriend/mechanic Jo Taylor, having sold almost all their possessions earlier this year to fund their international superbike racing dream. They went up against the world’s best, most backed by big sponsorship, and used their thrifty Kiwi ingenuity, coupled with a great support team, to make their mark on the highly competitive international stage. 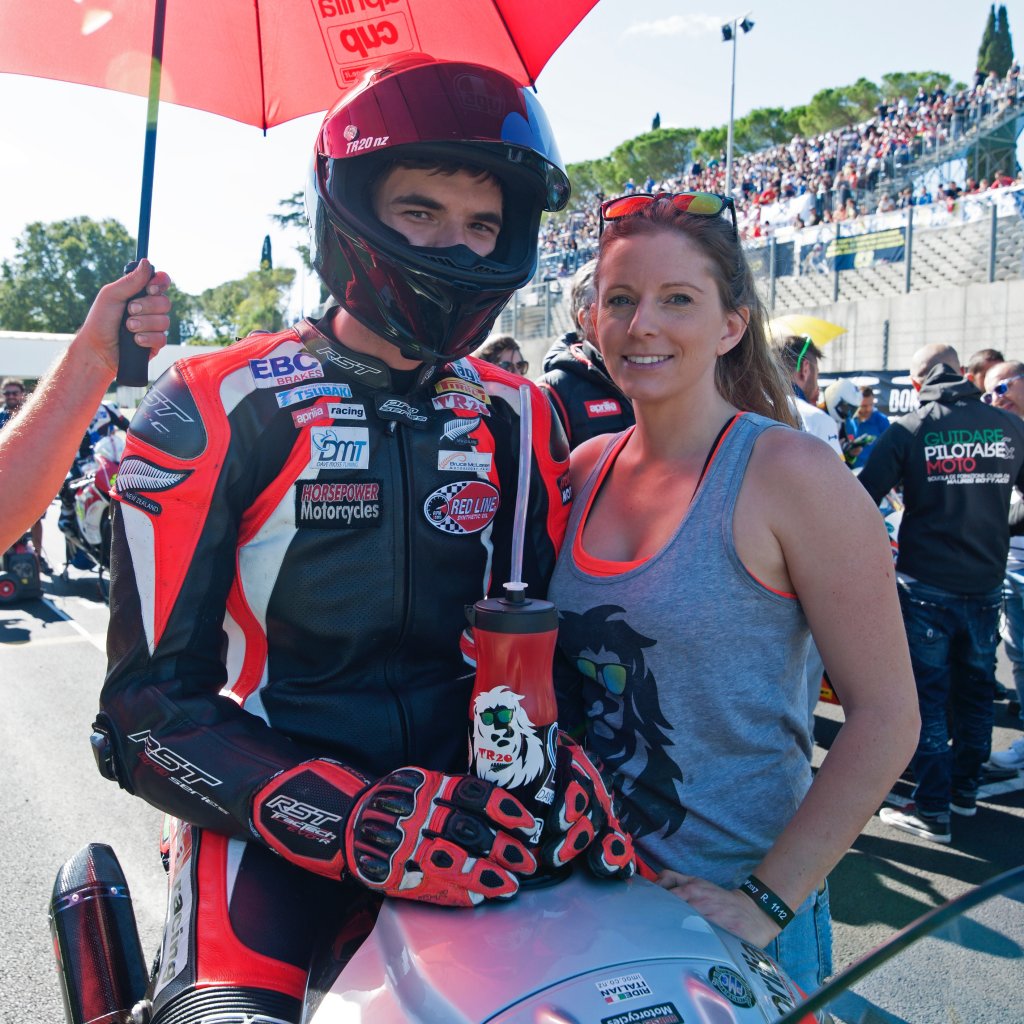 Dillon Telford and Jo Taylor were rapt with the racing experience.

“After a short six months and so many things thrown our way to test us, we are both sad that the season has come to an end and we can’t wait to bring the team back next year to further our experience and fight more inside the top-10 with the front runners,” Dillon said. “As a team we know where we are losing ground and know how we can bridge the gap to these world class pilots.”

Having started out near the bottom of the pack, the Telford team slowly picked their way through the ranks over the season. At the previous two rounds, both held at Mugello, they finished in 10th place and even in first place – an amazing feeling for the humble Kiwi team.

At the latest and final round, held at Vallelunga on October 8, Telford finished in 16th place in a tightly-contested race. It started out quite strangely; during the qualifying rounds, the team noticed someone has been tampering with the bike’s suspension settings without their knowledge. “We are very particular about checking, rechecking and noting any changes we make on pit lane or in the paddock,” said Jo, who added that it was the third time they had noticed unusual changes to the bike. “This time it has been big changes of 10 clicks or more and the top nut of the top triple clamp loosened. We have not had any complications with anyone in the paddock, we’re only a small team that keeps to ourselves. Racing in any level of competition is dangerous enough without this going on… Next year we will be purchasing multiple spy cameras to record for security.”

After a difficult Q1 they changed the bike springs to better suit the track, corrected all settings, double checked them, but then, “After we got the bike back from parcferme, we noticed the suspension settings were way out of order and not as we set them,” said Jo, who then kept a very close eye on the bike after it was corrected. “In Q2 the bike handled much better, but with dropping temperatures and being the last class out, half the track was in the dark. We weren’t happy with 25th as a start position but with what we have been through we were pleased, it could have been a lot worse.” 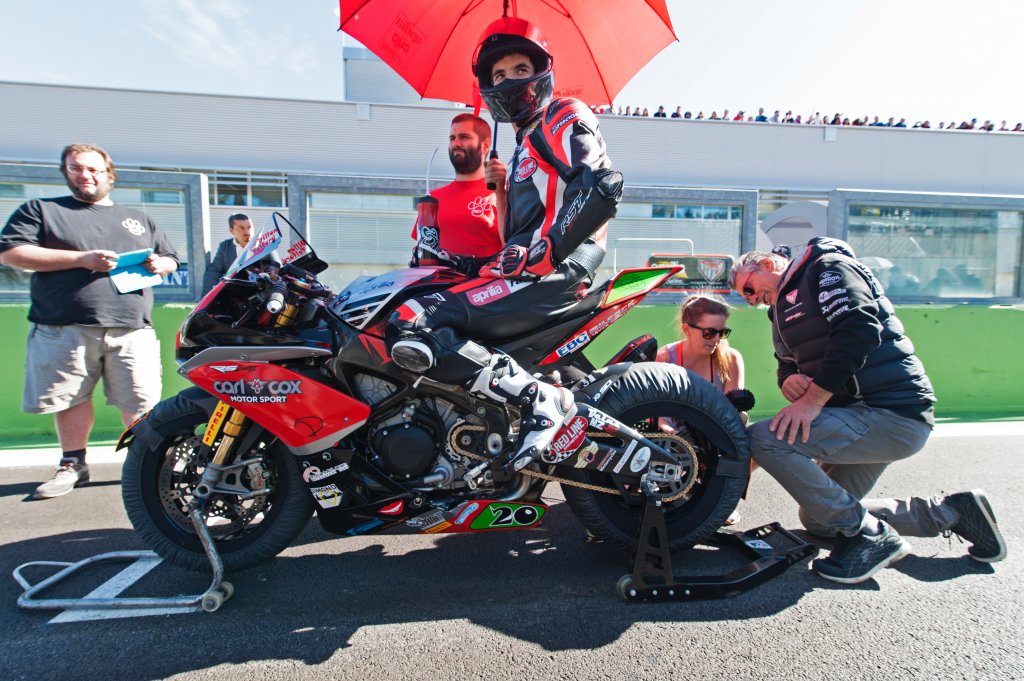 Starting much further away from the front than usual, Dillon kept his eye on the prize nonetheless. “With the start line only meters away from turn one and sweeping into turn two, bikes were everywhere trying to gain that extra position ahead,” said Dillon, who had made it into 21st position by the end of lap one, and up to 19th position by lap two, battling with every rider on his way.

With three laps to go he was in 17th position and closed in fast on the Honda rider in front of him, racing 0.8 of a second-per-lap faster to pass him on the outside of turn three and finish the race in 16th place. A fantastic result having climbed up 9 positions over 12 laps. Dillon was hitting 200kph through the middle of turn 1.

“If we could have obtained a better qualifying position we had the pace to battled up in the points. But we will have to wait another 6 months to continue the chase for the leaders,” said Jo.

“Vallelunga has been the most enjoyable race this season so far,” added Dillon. “Every lap was a great battle with another top rider.”

The team finished the entire season in 28th position, an awesome result for “the first of the humans”, as one racer described him, “because the rest of theses racers are considered aliens, un-humanly fast!” laughed Jo.

The Telford team will soon be returning home and look forward to a more temperate Kiwi summer.