Richard Entwisle with a picture of his great uncle, Private Cyril Entwisle, who was killed at Passchendaele 100 years ago.

This week marks the centenary of one of New Zealand’s darkest days – the Battle of Passchendaele in Belgium, World War 1. On Thursday October 12, 1917, a massive contingent of New Zealand soldiers was pinned down in thick mud by German machine gun fire at the Battle of Passchendaele. With rescue efforts limited, the soldiers were left exposed, with many succumbing to their wounds or drowning in the mud. Within hours, 843 had been killed and 1,860 wounded. It was the greatest loss of life that New Zealanders have endured in a single military battle, and in the following three months a further 114 men died from their injuries. One of those men was Cambridge local Private Cyril Entwisle, who died at a hospital in France on November 3, after being wounded at Passchendaele.

He enlisted at 19 and died at 21, and didn’t have any children, but his nephews John and Ron Entwisle still live in Cambridge. John’s grandson Richard Entwisle, also a Cambridge local, has almost completed a history degree and said it was great to be able to use his researching skills to learn more about his heroic ancestor.

“Myself and the whole family are proud to have had someone in our family who fought for our country, even though it was pretty horrific at Passchendaele. He made the ultimate sacrifice.”

Private Entwisle is now buried at the Boulogne Eastern Cemetery in France.

Another of the 676 men and women from the greater Cambridge area who volunteered to serve in WW1, a Tirau local, Private Willie Rose, was also mortally wounded in the battle. 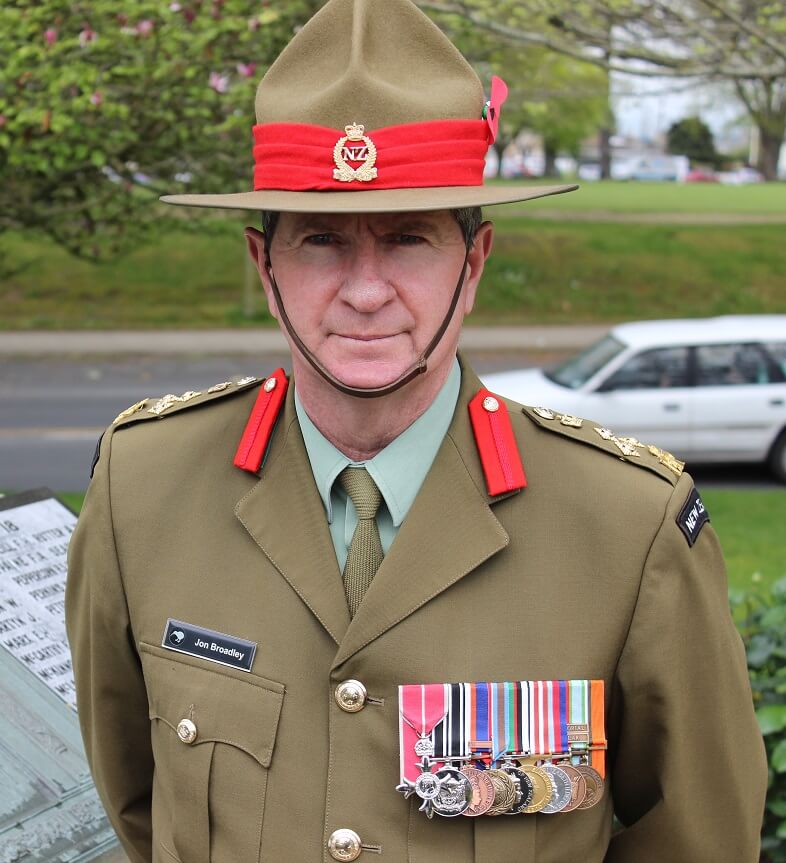 “He was killed at Passchendaele,” explained Brigadier Jon Broadley, a Cambridge local and member of the NZ Defence Force. “His body was not found unfortunately, he has memorials at Tyncot Cemetery in Belgium and his family memorial is at Hautapu Cemetery.”

Due to the battle conditions at Passchendaele, some of the soldiers’ bodies had sunk deep into the mud by the time relieving forces reached them.

“In terms of lives lost in a single day, this remains the worst in New Zealand history,” Broadley said. “To have such dramatic losses from a population of about 1 million at the time meant that many families and communities in New Zealand were touched in some way by the tragedy of the battle.”

On that fateful day in Belgium one hundred years ago, a preliminary attack by Australian and British forces on the German-held Passchendaele village was not successful in clearing the way for New Zealand troops to assault and take the village. “The artillery hadn’t cleared the (barbed) wire, all they’d really done was create more holes and mud for people to get stuck,” explained Broadley. “So it meant that the advancing New Zealand soldiers were caught up in the wire, out in the open, in daylight, and were basically sitting ducks for the German machine guns that were sighted to cover the wire… It just became a slaughter really.”

Broadley was asked what Passchendaele means for today’s younger generations, and what they can learn from it. “It’s about recognizing the sacrifice that people made to give us the freedoms that we enjoy today, and realising that we should be endeavouring to solve things peacefully, noting that unfortunately there has been since and probably will be in the future, military action required.”