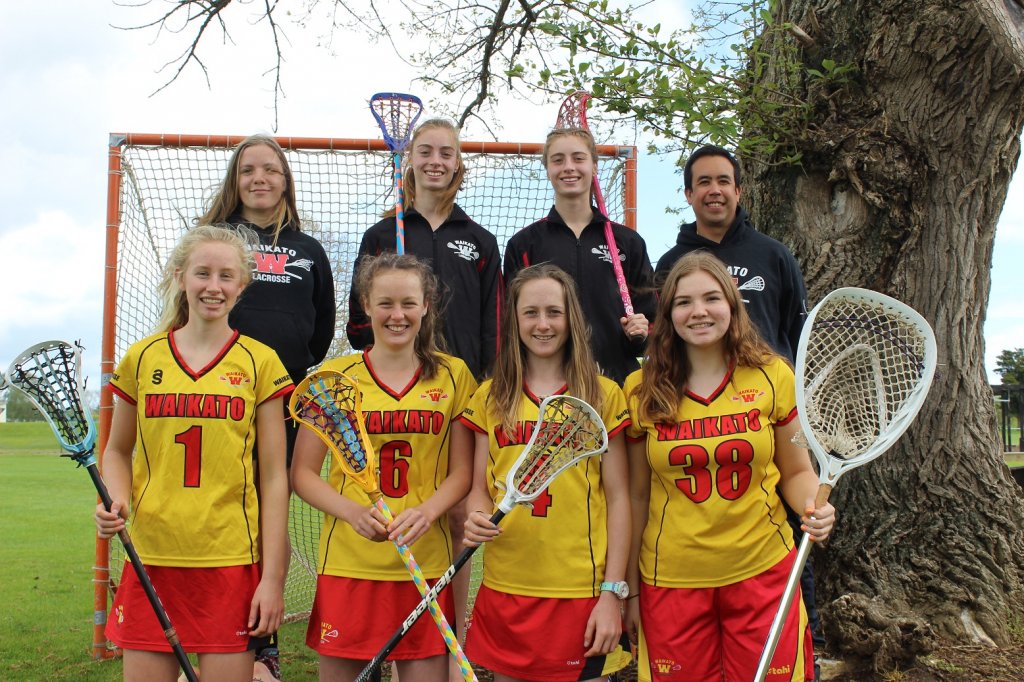 Off the back of winning the national secondary school championships, the Waikato girls’ U15 lacrosse team continued their winning streak earlier this month taking out the crown at the 2017 Australasian U15 Lacrosse Champs, the first New Zealand team to do so.

Their “incredibly proud” coach Dean Forman said the competition this year was so strong, “it could have come down to anybody”.

“We knew it was going to be tough because the level this year was much higher than any other year that we’ve been… but they really wanted it, they put in 100 percent the whole time.”

Year 13 Cambridge High School (CHS) student and assistant coach Melissa Gratwicke said they were extremely proud to see the girls get as far as they did, “I don’t think any of them were expecting it, but we sort of knew from the start that they could do it if they really put their all into it and they did.” The Waikato girls took on the Victoria state team in the final.

Having won all but one of their games, they came up against the Victorian state team for the final, in a game that went right down to the wire. “We were up by one goal with 30 seconds to go when one of our girls (Brooke Bolstad) took a shot and scored,” Dean said. “Usually the tactic at that point would have been hold possession so the other team can’t get the ball, but she got it.”

“I’m surprised she couldn’t hear Dean and I both screaming at her to hold on to it,” Melissa laughed. “So when she sunk that goal we knew we’d won.”

Melissa has now been recognised for her lacrosse expertise in more ways than one. She has also been awarded a full-ride scholarship to the University of Heartford in Connecticut, studying prosthetics and orthotics, and is set to depart for the States in January. “It’s really exciting, I’m looking forward to it. It’s a really interesting field.”

Six of the Cambridge players on the Waikato U15 girls team – Chloe, Alice, Josie, Kendall, Jodi and Brooke – have been selected to play for the national U19 team.