The ducklings are thriving under the watchful eye of Luce the goose.

A woman in Whitehall is making a difference for local wildlife, recently saving a clutch of ducklings whose mother had been hit by a car.

“Their mother and two of them had unfortunately just been killed by a car, and as fate would have it, it was me who came along next,” Coyla Kissling said.

The six ducklings were still huddled around their mother on the road when Coyla found them on September 29, and appeared to be just a few hours old. “They were so little, and the road was busy,” said Coyla. “Another lady stopped and helped me, she was quite upset… that’s why I posted on the Cambridge Grapevine Facebook page that they had been rescued, so that she could see that they were okay.”

Coyla said she has become somewhat of a “mad duck lady” over the years. “I seem to have rescued all the ones around the area, when they’ve got injured or orphaned. I’ve got 13 altogether, not including the ducklings. I try not to handle them too much, because I’ll let them down in our wetland when they’re big enough, and they can go wild, live naturally.” 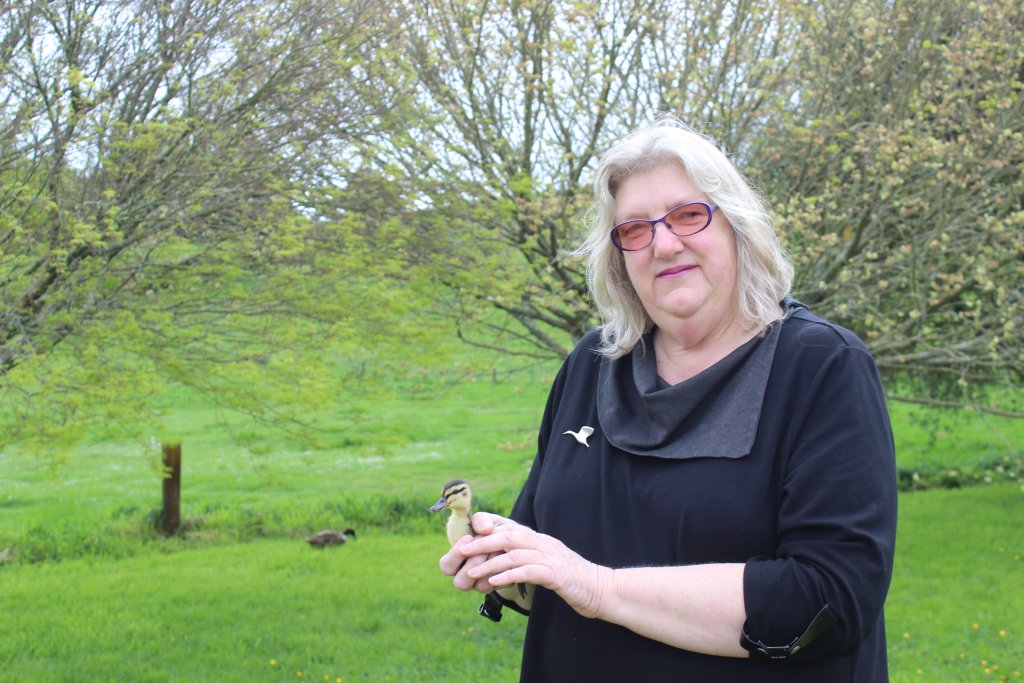 Coyla Kissling with one of the ducklings.

The six young ducklings have been adopted by the farm’s “Mother Goose”, Lucinda, or “Luce the goose” as Coyla calls her.

“She stepped up and took over,” Coyla explained. “They were newborn ducklings at the time too, so she just became Mother Goose really.”

Luce the goose can be very protective of her new brood, and often hisses at any strangers that come near.

“It will be a few more weeks until they have their feathers and can sleep with her outside at night, but for now I keep them inside with the heat pump, much to Luce’s annoyance. But then she’s got her other grown up babies that she sleeps with. She knows about what time I take them out in the morning and so she’s there waiting, if I’m not out on time she’ll come and honk outside the bedroom until I get up, so I don’t get to sleep in!” Coyla laughed.

Though Coyla raises her ducks to be wild if they want to, they tend to enjoy sticking around home. In fact one duck, lovingly named MacIntosh, was a wild duck that came and joined the family a few years ago. “I was just sitting out here one day and he came wandering up the driveway!” Coyla said.

Being Mallards, the ducklings are known for being good flyers. “So they’ll decide whether they want to hang around here and fly around, or go off someplace else. Hopefully they’ll stick around a bit, because duck shooting season is a nightmare for me!” said Coyla.

“I’m just so glad I came across them.”