Sandra Webb from Heritage Gallery wanted to see shopkeepers decide for themselves whether or not to open on Easter Sunday.

Waipa District Council confirmed their official decision this week that there will be no Easter Sunday trading in the district.  Nearly 600 people gave submissions on the topic during the council’s consultation process, with 70 percent voting in favour of sticking with the status quo and remaining closed on Easter Sunday.

Some local businesses owners and the Cambridge Chamber of Commerce have expressed their disappointment in the decision, however councillor Liz Stolwyk said council was simply following what the public wanted.

“It wasn’t an easy decision but my vote essentially went with the public,” said Ms Stolwyk, one of the Waipa District councillors who voted in favour of remaining closed. “We received a lot more submissions than we would receive on many of our other consultations, so obviously the community were very interested in it.

“There are other councils that have made different decisions, but we have to listen to our community. My voice represents the community, and you can’t go against the numbers.”

Mayor Jim Mylchreest, deputy mayor Grahame Webber and councillor Bruce Thomas voted in favour of allowing shops to make the decision for themselves. 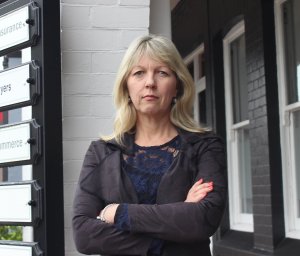 “We’ve missed an opportunity,” said Tania Witheford, CEO of the Cambridge Chamber of Commerce. “It wasn’t going to be compulsory that everyone had to open, but we were creating the opportunity for businesses to have choice about whether or not they open.”

Witheford highlighted the fact that Hamilton had also opted for shops to remain closed on Easter Sunday, so Cambridge could have potentially gained those who couldn’t shop in Hamilton.

“And if you look at any of the other destinations that are nearby, Waitomo, Matamata, Taupo, they’ve all opted for Easter trading as an option, so they’re forward-thinking, I think.”

Local businesses owners were of similar view to Witheford.

“We’re missing a big opportunity because Cambridge is increasingly becoming a destination weekend for out of towners, and if the shops are not open they sort of go away thinking there’s nothing to do in Cambridge,” said Sandra Webb at Heritage Gallery. “Shopping is now a recreation, not just a necessity for people, so I think they’ve made the wrong decision there.

“It should be up to the individual shop keepers. I’d like to see the whole of Cambridge open.”

The Ministry for Business, Industry and the Environment (MBIE) will continue to be responsible for policing the Easter trading law.