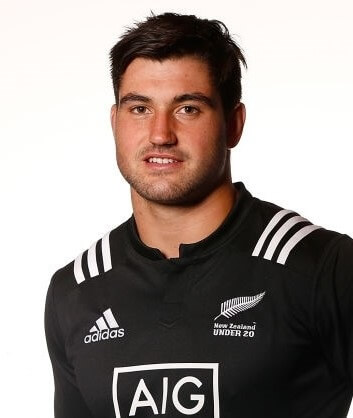 Cambridge local and Hautapu rugby player Luke Jacobson has been signed onto the Chiefs rugby team.

The 20-year-old loose forward has committed to the team until 2020.

“It has always been a dream of mine to be a Chief,” said Jacobson. “I had a small taste of it this year, being a part of the Chiefs team to play in the Global Brisbane 10s tournament and also attending some trainings throughout the year and I enjoyed every minute of it. I’m really excited to be a part of the team.”

Back-row Jacobson played a prominent role in New Zealand’s win at the Under-20 World Rugby Championship in Georgia earlier this year, alongside fellow player Tiaan Falcon (Hawke’s Bay) – who was also announced as a new Chiefs player alongside Jacobson.

Incoming Chiefs head coach Colin Cooper said: “We are really rapt that Luke and Tiaan will be joining us for the next few years. These are two exceptional signings for the club which secure the future of the Chiefs. I’m pretty excited to work with both these young men who are quality players with huge potential.”

Jacobson is one of three Jacobson brothers (older siblings Kane and Mitch) who are well known in Cambridge for their rugby prowess. Born in Te Awamutu and raised in Cambridge, Jacobson attended Cambridge High School and earned selection for the New Zealand Schools team in 2014. In 2016 he captained the Waikato Under-19 side in the Jock Hobbs Memorial National Under-19sTournament, leading his team to Graham Mourie Cup victory and being awarded Player of the Tournament in the process.

He has experienced the Chiefs development pathways firsthand, having played for the Chiefs Under-20 team and the University of Waikato Taua Development team, with the latter captained by his brother Mitch. This year he received the Chiefs Under-20 Player of the Year award. The 20-year-old was a prominent figure in the Chiefs Brisbane Global Rugby Tens squad, scoring a superb individual try in the final against the Crusaders.