Six Hautapu players were named last week as part of the Waikato squad set to compete in the 2017 Mitre 10 Cup season.

Forward Mitch Jacobson and back Tawera Kerr-Barlow return for their third year on the team having played in 2016 and 2015. Mitch’s brother Luke was also named in this year’s team, as well as Hautapu forwards Ayden Johnstone, Sekope Lopeti and Sam Caird.

Organisers say Sekope (hooker) and Luke (loose forward) are likely to get their first Waikato cap this season.

Luke is continuing a rapid rise in rugby having captained the 2016 Waikato Under 19’s side to victory, winning the 2016 Jock Hobbs Memorial National U19s tournament. He also led the New Zealand Under 20’s side to glory at this year’s World Rugby U20 Championship. Sam Caird (lock) was also a part of the winning 2016 Waikato U19 squad.

“The balance of the group is exciting. It’s important to have strong depth, given the condensed nature of the scheduling,” Waikato head coach Sean Botherway said of the 32 man squad. “We have competition for places and the onus is on individuals to perform well when they get their opportunity.”

Waikato’s 2017 Mitre 10 Cup season kicks off in New Plymouth against Taranaki on Saturday August 19. The first home game of the Mitre 10 Cup is against Counties Manukau on Friday 25 August. 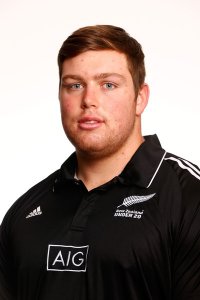