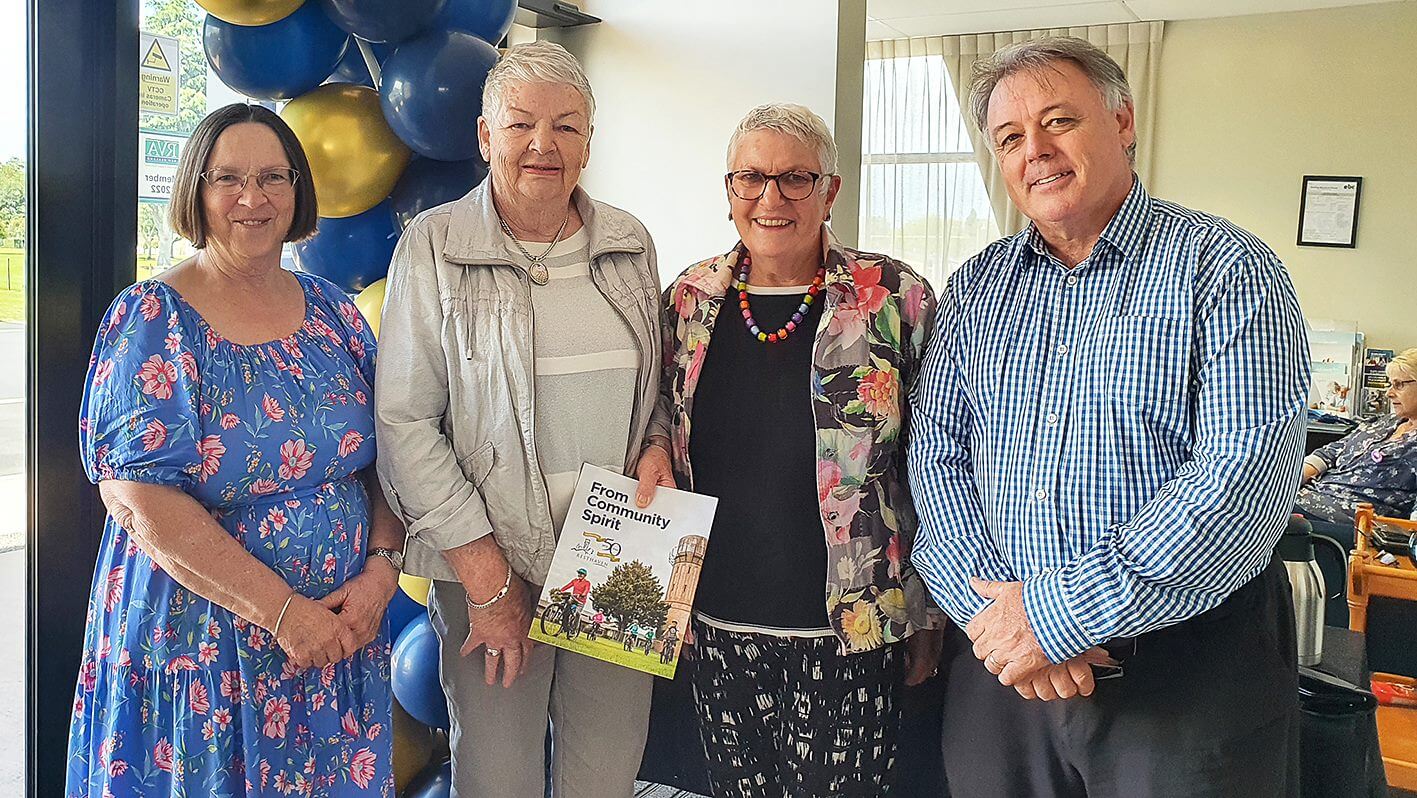 A gathering of four decades of “matrons to managers” was among the highlights as Cambridge’s Resthaven celebrated its 50th anniversary over two days last week.

When Resthaven opened, the head role was the matron and the gathering featured Margaret Wyllie, matron and later principal nurse-manager from 1982 to 1995, Ruth Strawbridge, acting manager in 1995, Iris Durney 1995-2001, and David Hall who has been chief executive officers since 2001.

Resthaven residents, past and present staff, and the wider community network came together for Friday afternoon’s celebration at the Resthaven Village Centre. Trust Board chair Kevin Monks and past chair Sarah Barns Graham discussed the history being celebrated by the community-owned organisation.

Monks referred to the staff who had clocked up long years of service, noting Resthaven had dedicated stayers.

A number of the team have reached the 20-year mark, and the longest serving staff member, Elaine Peter, worked there for 33 years up to 2007 and was at the birthday celebrations. Next longest serving team member is current staff member Sue Crowe at 31 years.

Guest speaker Hamish Wright entertained with stories about the book shops in Cambridge prior to Paper Plus – dating back to the JH Edwards shop in 1904 – and his life as the owner of a book shop today.

A gala evening and charity auction capped off the celebrations on Saturday and attracted about 200 people.

Kevin Monks spoke about the past, present and future of Resthaven, and encouraged people to read From Community Spirit, a book which celebrates the 50 years of Resthaven.