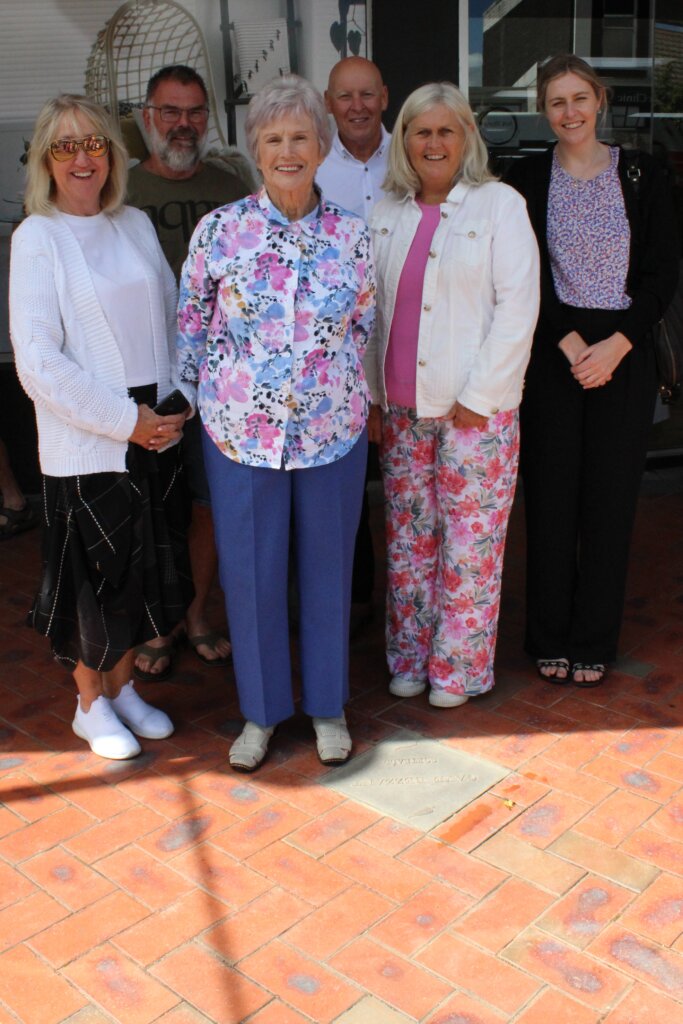 Gaye Bezzant and her family 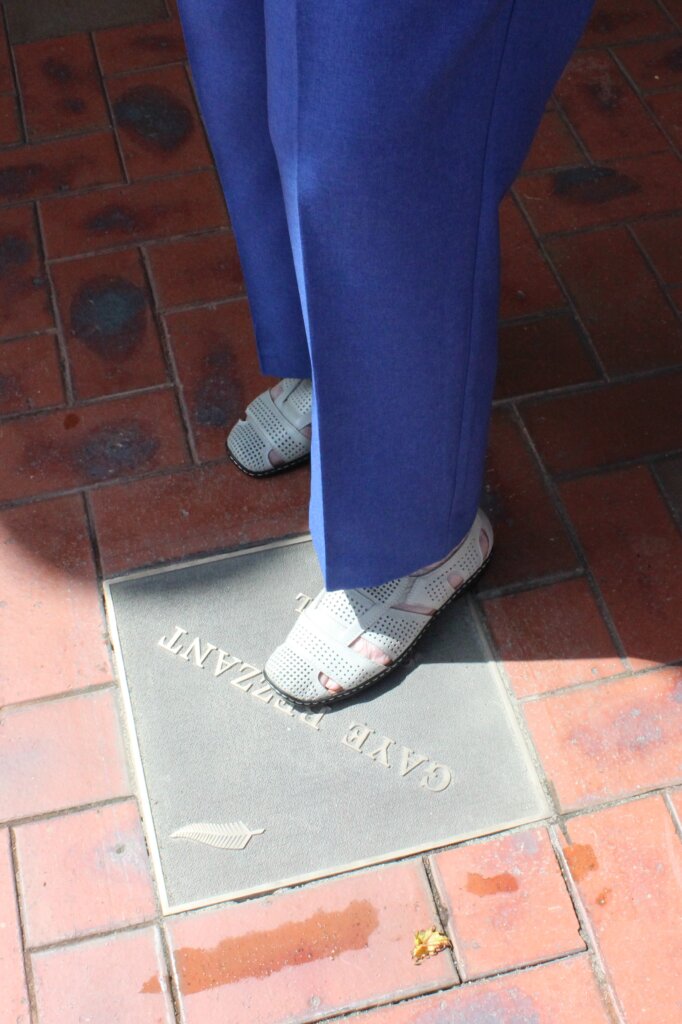 Gaye puts her foot on the plaque.

Friends and supporters of Gaye Bezzant celebrated as her bronze plaque was unveiled in Cambridge’s Duke Street last week. Gaye was thrilled with the position she is in outside Flooring Xtra and sandwiched between two men who had a close association with her late husband Max.

Harness racing driver Charlie Hunter was a great friend while on the other side is polo’s Jim Watson who Max coached at rugby.

Bezzant, who has lived in the Cambridge area her whole life, was an international softball representative from 1955-1965, including a stint as vice-captain in the 1964-65 season.

She has represented Waikato in softball, netball, basketball and golf and was a well-respected coach across a number of codes. At 85, she continues to play golf today and is the first person to be inducted into the Sports Walk of Fame since 2018. 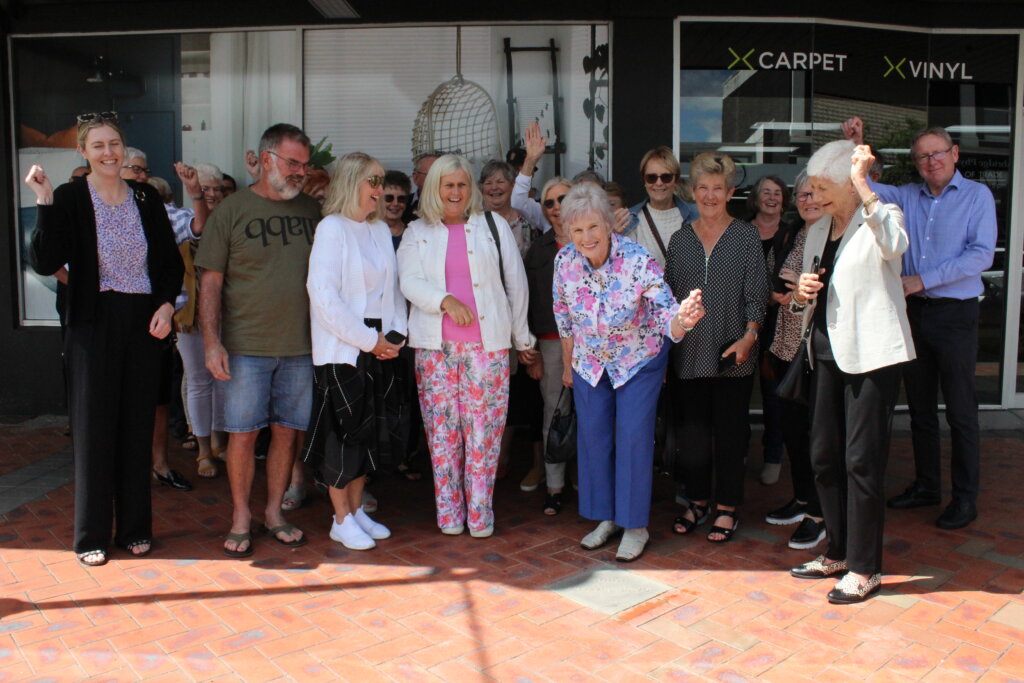 Friends from the Cambridge Golf Club join Gaye Bezzant and her family at the unveiling today.

December 1, 2022 – Gaye Bezzant has become Cambridge’s 41st inductee on the Sports Walk of Fame in Duke Street – and Waipā mayor Susan O’Regan visited her this week with the plaque which will be unveiled today.

Gaye, who has been honoured for her contribution to softball represented New Zealand for a decade from 1955 and served as vice captain in the 1964-65 season. She also represented Waikato in softball, netball, basketball and golf and was the ultimate all-rounder.

The 85-year-old still plays golf regularly and many of her golfing buddies are looking forward to walking over her plaque once they find out where it is on Duke Street.

Gaye (nee Smith) was born in Cambridge – two blocks away from where she now lives. She and her husband Max, who died three years ago, farmed at Whitehall for many years. 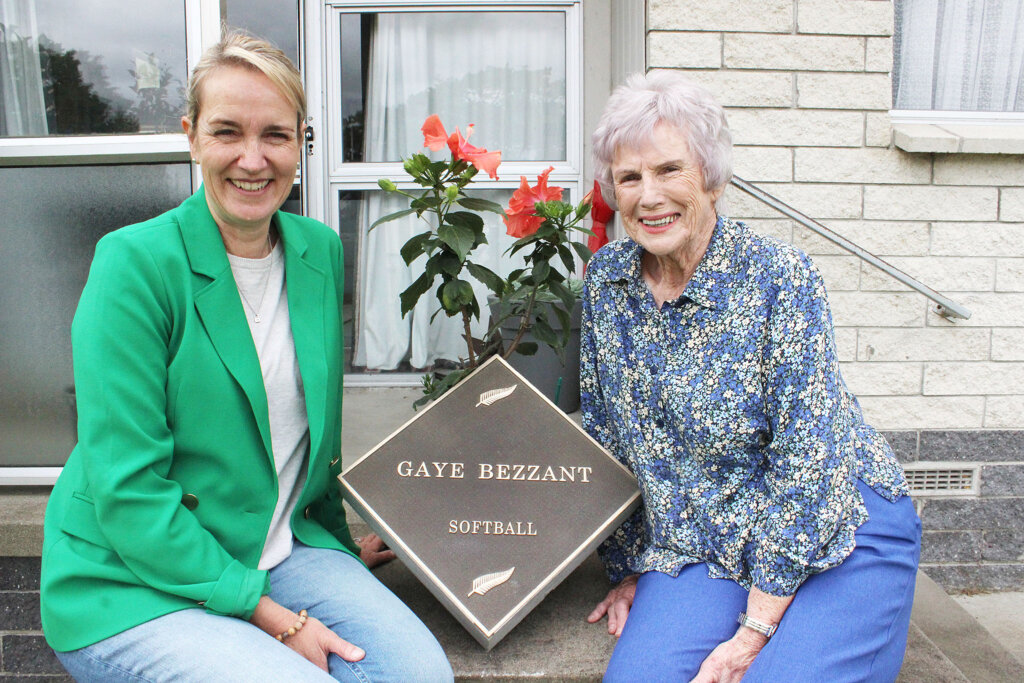