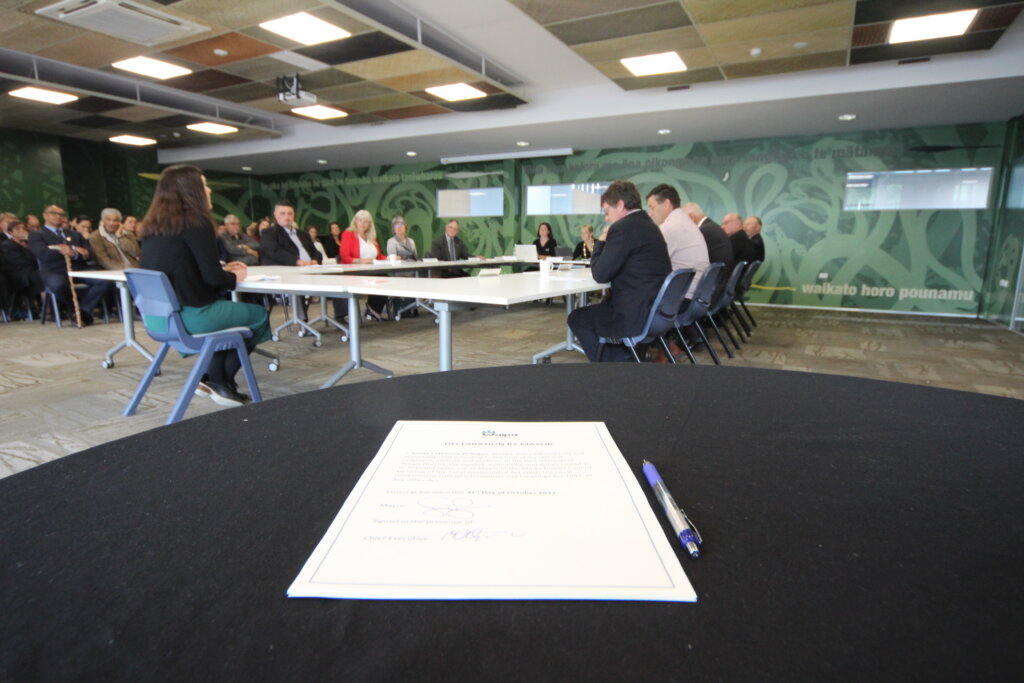 Six Waipā residents have put in 15 per cent of the 434 official information requests to the council in the last year, taking up more than eight weeks’ staff time.

The most prolific requester, with 14, is a Cambridge woman whose requests have taken more than 70 hours and include questions about cycleways, rock garden intersections, residents’ survey, council meetings, replacement bridge and the Duke Street intersection.

Close behind her is a Te Awamutu man with 13 requests taking more than 65 staff hours on matters including Memorial Park, noise and dust management, Rangiaowhia site, spatial plans and upgrades to the Bunnings Building among others.

Another requester complained to the Ombudsman about the council’s use of a macron in Waipā.

The News requested the information under the Local Government Official Information and Meetings Act (Lgoima).

The council said in the 12 months ended October 31, 33 people had put in more than one request under the act. Legal counsel Diana Aquilina said the council had a well-tested system to handle Lgoima requests and did not consider the process to be a waste of time.

“It’s all part of local government business,” she said in support of the system which she said provided transparency for the public.

“We take it in our stride.” Each request takes on average five hours.

Aquilina, who has been with the council for two years and for five years prior to that was with Waikato DHB, graduated from Victoria University before beginning her work in public service.

It is an area she enjoys working in because of the variety and being part of a wider team.

The Local Government Official Information and Meetings Act was passed in 1987 and recently revised. Requests for information can be made either verbally or in writing and agencies can charge a “reasonable fee” for staff time and photocopying.

Agencies can reduce or waive the charge if there is a good reason.

Aquilina said the council often puts LGOIMA responses on its website, particularly if they are issues of public interest, with requestors’ names withheld to protect their privacy.

Lucy Bennett, a senior communications adviser at the Office of the Ombudsman said the law did not limit the number of requests a person can make to a local government agency.

LGOIMAs are tools the public and media can use to ensure agencies are open, transparent and accountable. Anyone can request ‘official information’ from the council and get an answer within 20 working days after the day it was received, she said.

There is a section of the act which can be used if agencies believe a request is frivolous or vexatious or if the information is trivial. But the threshold is high.

An item from Aquilina was the only substantive one on the inaugural council agenda last month when she outlined how the act applied to elected members’ council correspondence from both their Waipā-provided and their private email addresses and text messaging services.

Earlier this year chief Ombudsman Peter Boshier said local bodies should treat requests for information as a priority and not a chore or a challenge and vowed to take stronger action if statutory timeframes were not met.

Waipā rarely attracts any attention from the Ombudsman’s Office but did so three times in the past year.

One was when a requester complained a request had not met the 20 working day response time.

An incoming email had gone to the council’s spam box, so staff were unaware and unable to respond to the email.

Another was a complaint about the use of the macron in Waipā and the third was about road sealing issues.

Waipā’s prolific requesters and the time taken in the past year are: